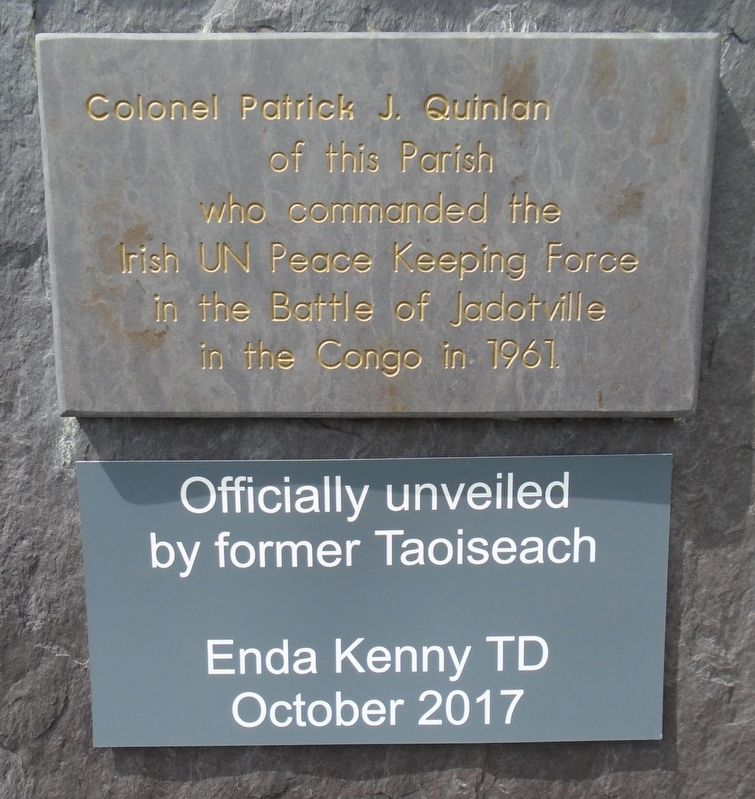 By William Fischer, Jr., May 19, 2019
1. Colonel Patrick J. Quinlan Marker
Inscription.
of this Parish who commanded the Irish UN Peace Keeping Force in the Battle of Jadotville in the Congo in 1961

Enda Kenny TD October 2017. . This historical marker was erected in 2017. It is Near Beenarourke in County Kerry Munster Ireland