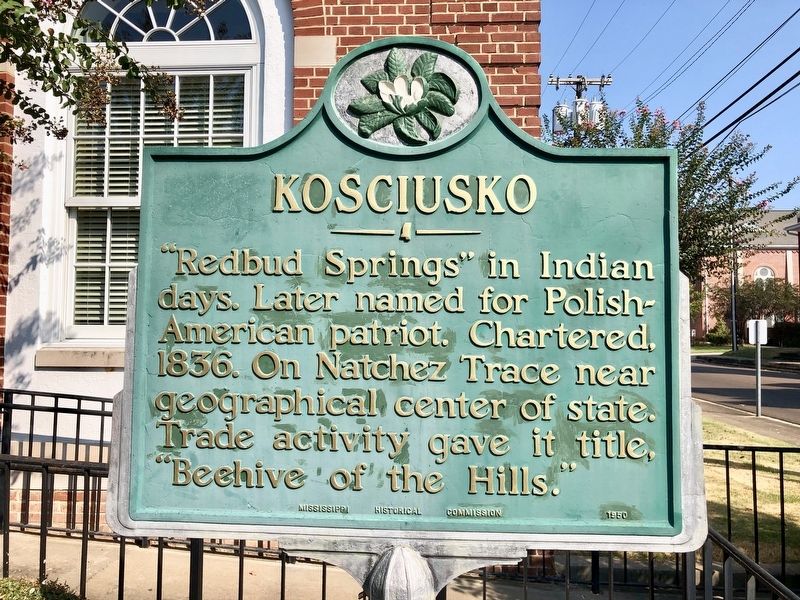 By Mark Hilton, October 5, 2019
1. Kosciusko Marker
Inscription.
Kosciusko. . "Redbud Springs" in Indian days. Later named for Polish-American patriot. Chartered, 1836. On Natchez Trace near geographical center of state. Trade activity gave it title, "Beehive of the Hills." . This historical marker was erected in 1950 by Mississippi Historical Commission. It is in Kosciusko in Attala County Mississippi 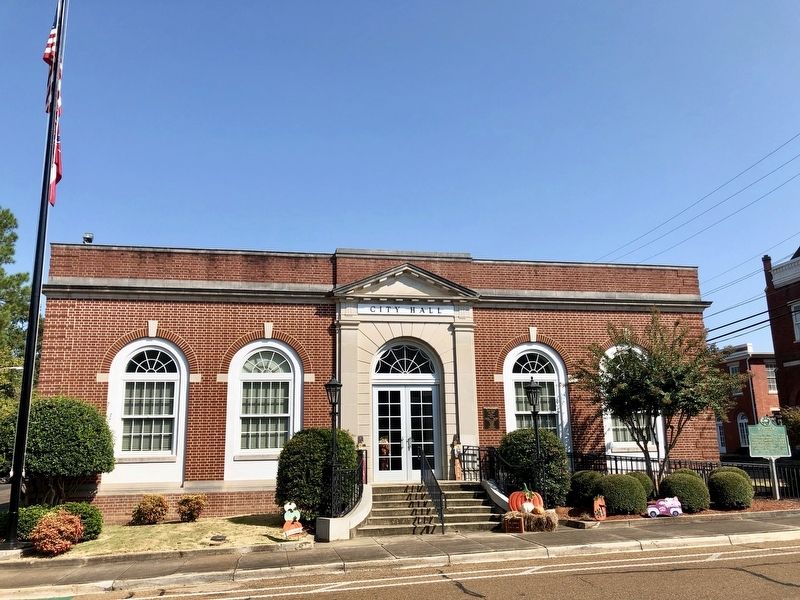 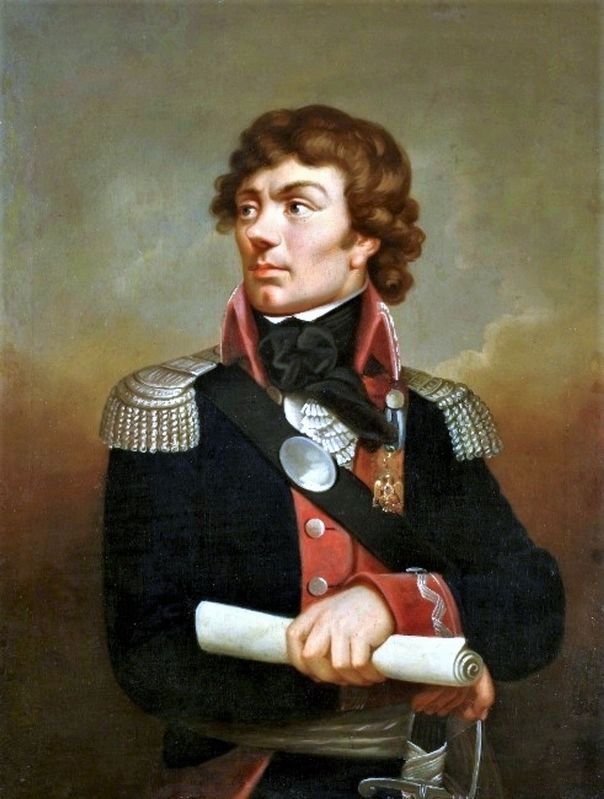 By Public domain, March 4, 2018
3. Schweikart Tadeusz Kościuszko
A Polish-Lithuanian military engineer, statesman, and military leader Kościuszko came to America in 1776 where he took part in the American Revolutionary War as a colonel in the Continental Army. An accomplished military architect, he designed and oversaw the construction of fortifications, including those at West Point, New York. In 1783, in recognition of his services, the Continental Congress promoted him to brigadier general.
More. Search the internet for Kosciusko.