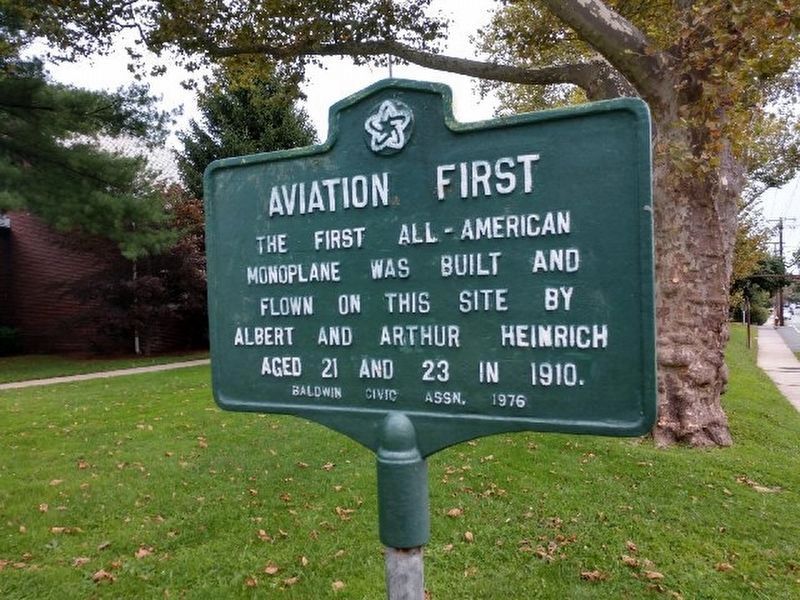 Aviation First
The first all-American
monoplane was built and
flown on this site by
Albert and Arthur Heinrich
aged 21 and 23 in 1910.
Baldwin Civic Assn. 1976

Location. 40° 39.758′ N, 73° 37.004′ W. Marker is in Baldwin, New York, in Nassau County. Marker is at the intersection of Seaman Ave. and Rockville Drive, on the right when traveling west on Seaman Ave.. located in front of Plaza Elementary School. Touch for map. Marker is at or near this postal address: 501 Seaman Ave, Baldwin NY 11510, United States of America. Touch for directions. 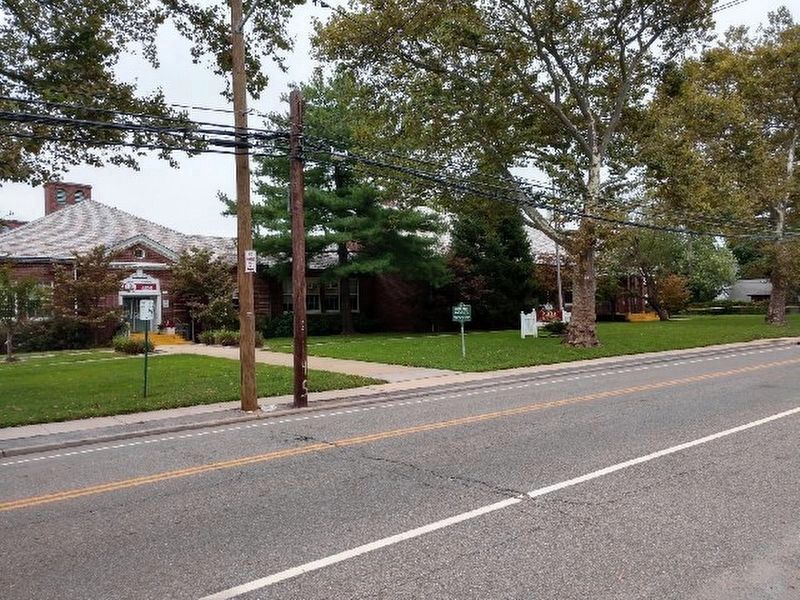 By Stephen Hamacher
2. Aviation First Marker
Plaza Elementary School has a detailed scale model of the airplane. You'll have to ask permission at the front office to view it.
A photo of the plane and pilot is on display at the Cradle of Aviation Museum in Garden City, in the section regarding early Long Island aviation.
The author of this post was a student at the school, was present for the dedication of the marker and met the wife of one of the pilots.
The site of the school (circa 1937) was a dairy farm in 1910, thus well suited for use as an airfield. 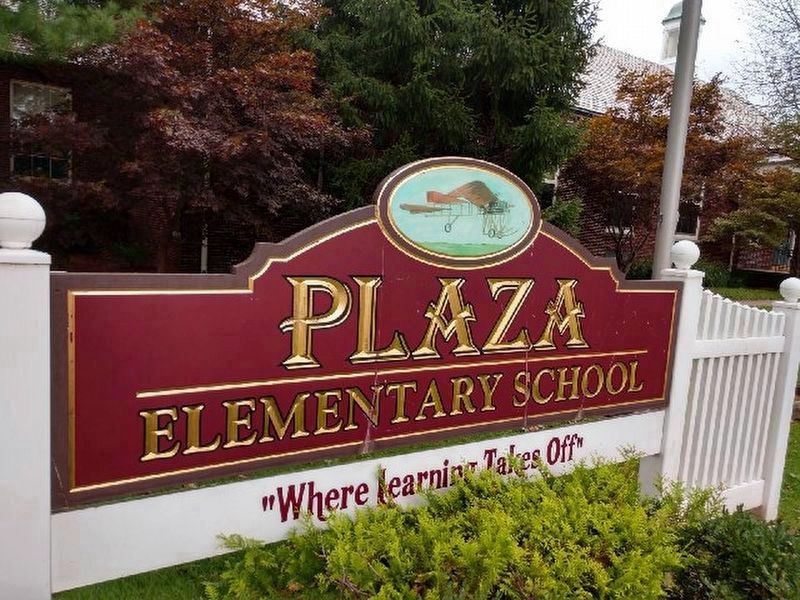 By Stephen Hamacher
3. Plaza Elementary School
“Where Learning Takes Off” 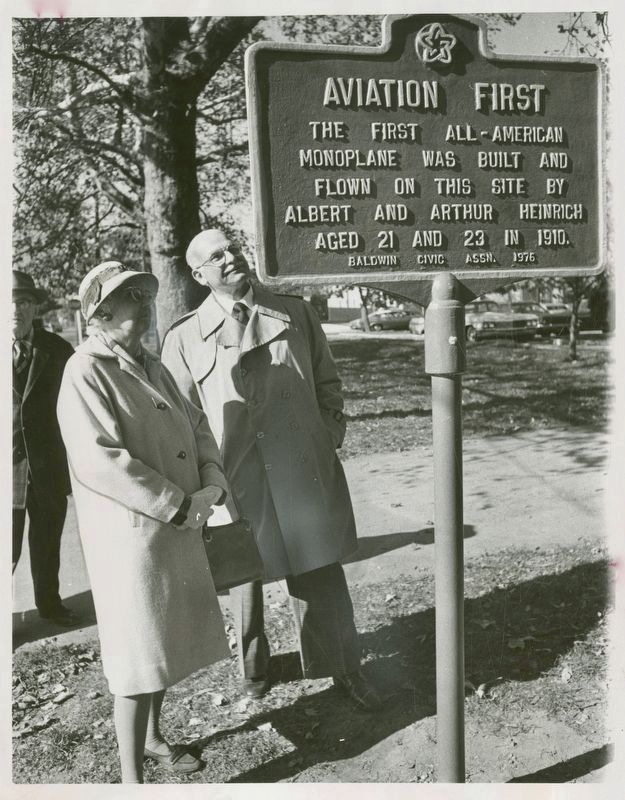