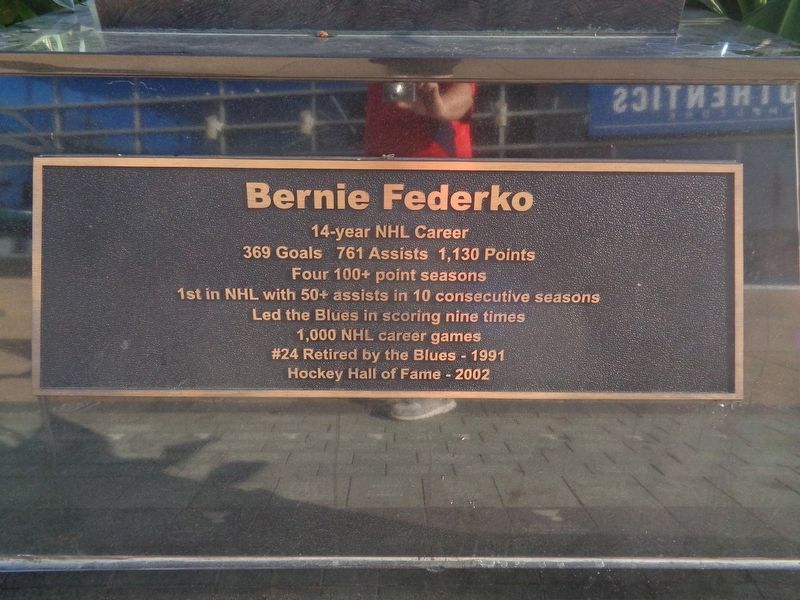 Location. 38° 37.569′ N, 90° 12.13′ W. Marker is in St. Louis, Missouri. Marker is on Clark Avenue just west of South 14th Street, on the right when traveling west. Marker is on the back of the Bernie Federko statue, in front of the Enterprise Center (formerly known as Scottrade Center), at the main entrance; it is one of three statues that make up the Blues Hall of Fame Plaza. Touch for map. Marker is at or near this postal address: 1401 Clark Ave, Saint Louis MO 63103, United States of America. Touch for directions. 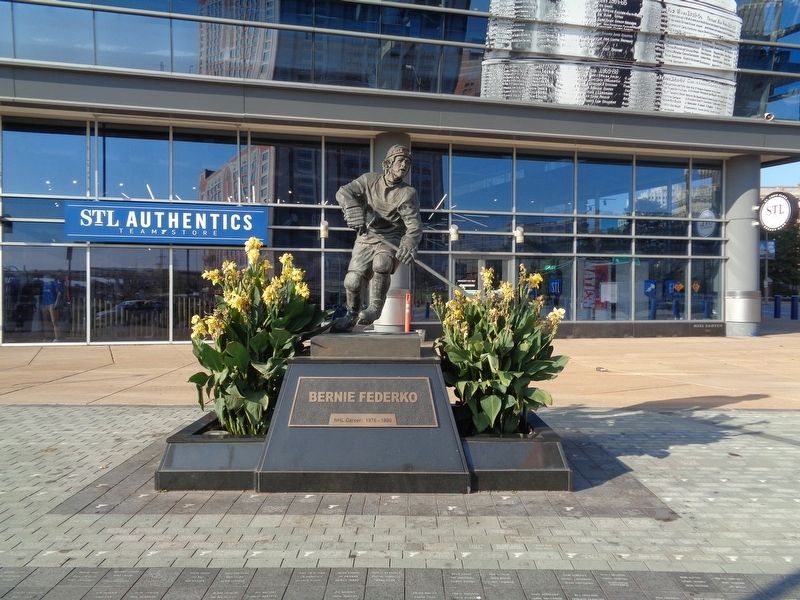 Regarding Bernie Federko. The Bernie Federko statue was unveiled on November 1, 2003. Federko, his wife, Harry Weber (the statue's sculptor), and then-Blues owner Bill Laurie were present at the ceremony. It is not known when the statistics plaque was placed.