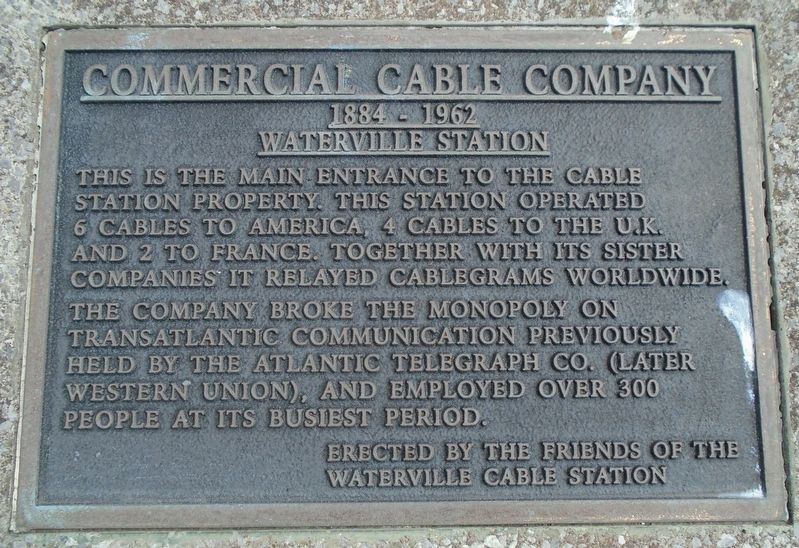 This is the main entrance to the Cable . Station property. This station operated . 6 cables to America, 4 cables to the U.K. . and 2 to France. Together with its sister . companies it relayed cablegrams worldwide.

The company broke the monopoly on . transatlantic communication previously . held by the Atlantic Telegraph Co. (later . Western Union), and employed over 300 . people at its busiest period. . This historical marker was erected by Friends of the Waterville Cable Station. It is in Waterville in County Kerry Munster Ireland