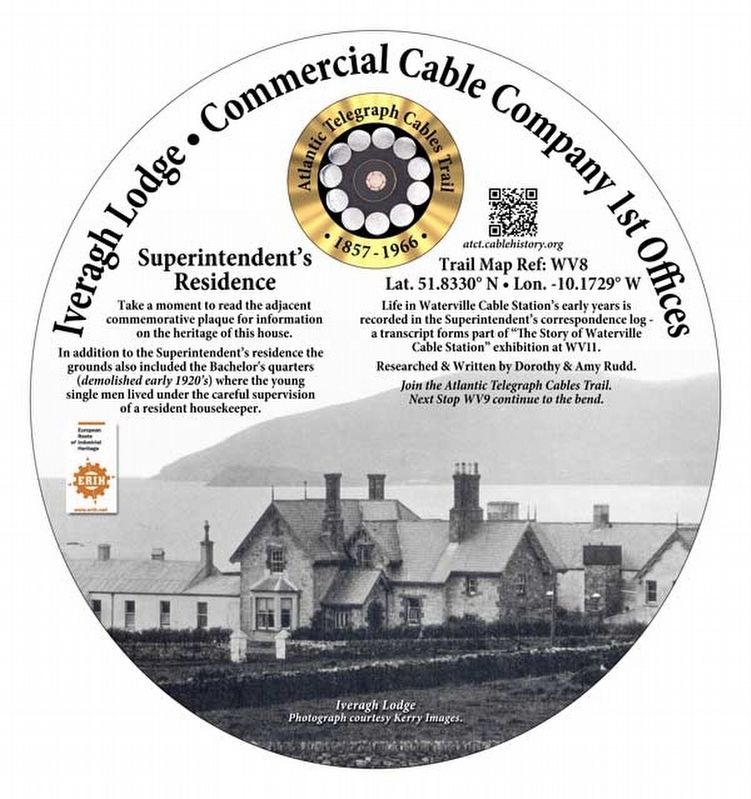 Take a moment to read the adjacent commemorative plaque for information on the heritage of this house.

In addition to the Superintendent's residence the grounds also included the Bachelor's quarters (demolished early 1920's) where the young single men lived under the careful supervision of a resident housekeeper.

Join the Atlantic Telegraph Cables Trail. Next Stop WV9 continue to the bend.. . This historical marker was erected by Heritage Iveragh / Oidhreacht Uíbh Ráthaigh. It is in Waterville in County Kerry Munster Ireland