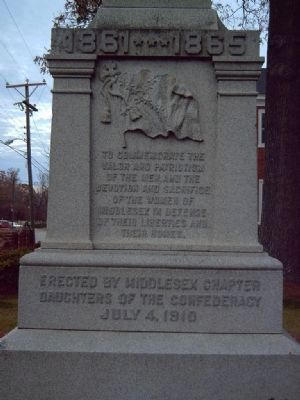 To commemorate the valor and patriotism of the men, and the devotion and sacrifice of the women of Middlesex in defense of their liberties and their homes.

Erected 1910 by Middlesex Chapter, United Daughters of the Confederacy.

Topics and series. This historical marker and monument is listed in this topic list: War, US Civil. In addition, it is included in the United Daughters of the Confederacy series list. 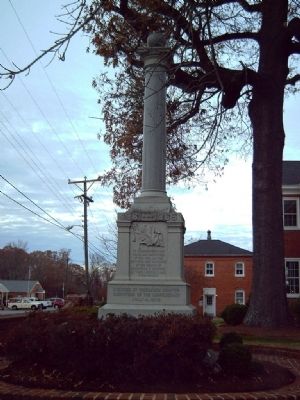 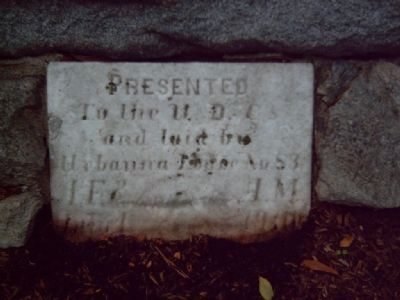