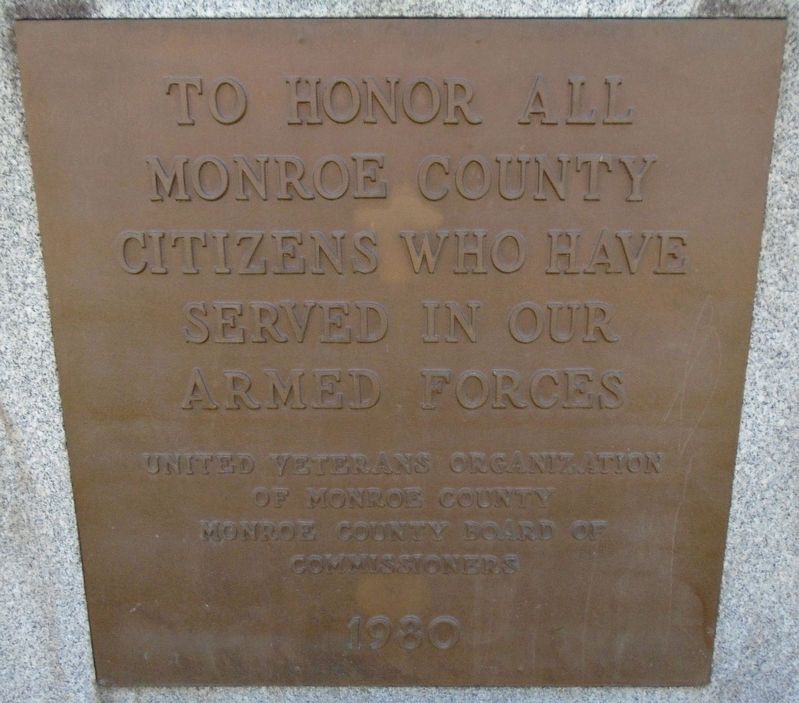 By William Fischer, Jr., October 15, 2019
1. Veterans Memorial Marker
Inscription.
To honor all Monroe County citizens who have served in our Armed Forces

[Armed Services Emblems]. . This memorial was erected in 1980 by United Veterans Organization of Monroe County and Monroe County Board of Commissioners. It is in Stroudsburg in Monroe County Pennsylvania