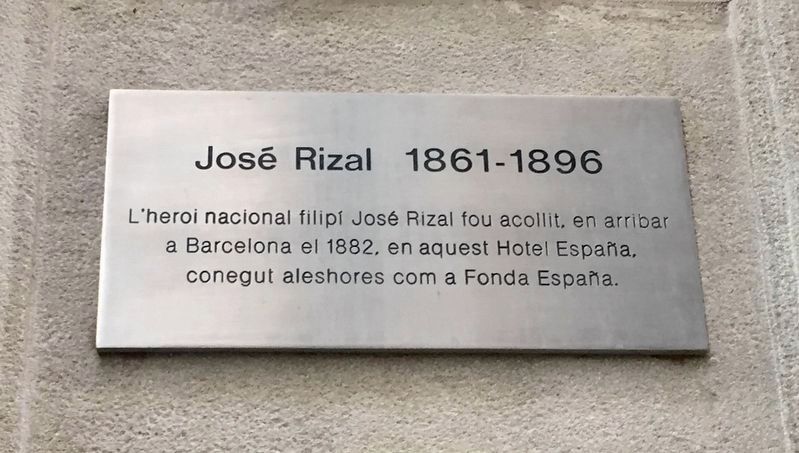 The Filipino national hero, José Rizal, was welcomed here, when he arrived in Barcelona in 1882, at the Hotel España, then known as the España Inn. . This historical marker is in Barcelona in Barcelonès Catalonia Spain