Crossroads of the Great Lakes 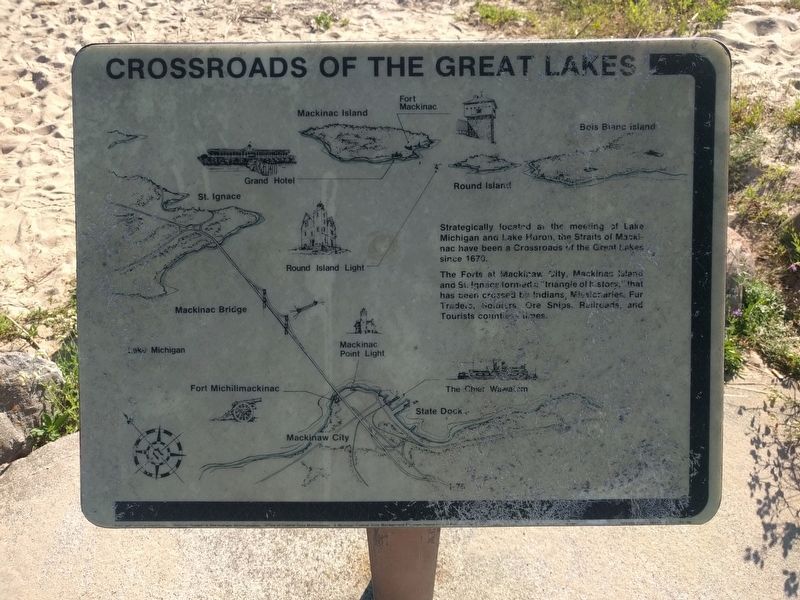 Strategically located at the meeting of Lake Michigan and Lake Huron, the Straits of Mackinac have been a Crossroads of the Great Lakes since 1670.

The Forts at Mackinaw City, Mackinac Island and St. Ignace formed a "triangle of history," that has been crossed by Indians, Missionaries, Fur Traders, Soldiers, Ore Ships, Railroads, and Tourists countless times.

Topics. This historical marker is listed in this topic list: Forts and Castles. A significant historical year for this entry is 1670.

Location. 45° 47.243′ N, 84° 43.684′ W. Marker is in Mackinaw City, Michigan, in Cheboygan County. Marker can be reached from the intersection of North Huron Avenue and Henry Street, on the right when traveling west. Marker is on the east side of Alexander Henry Park. Touch for map. Marker is at or near this postal address: 518 North Huron Avenue, Mackinaw City MI 49701, United States of America. Touch for directions. 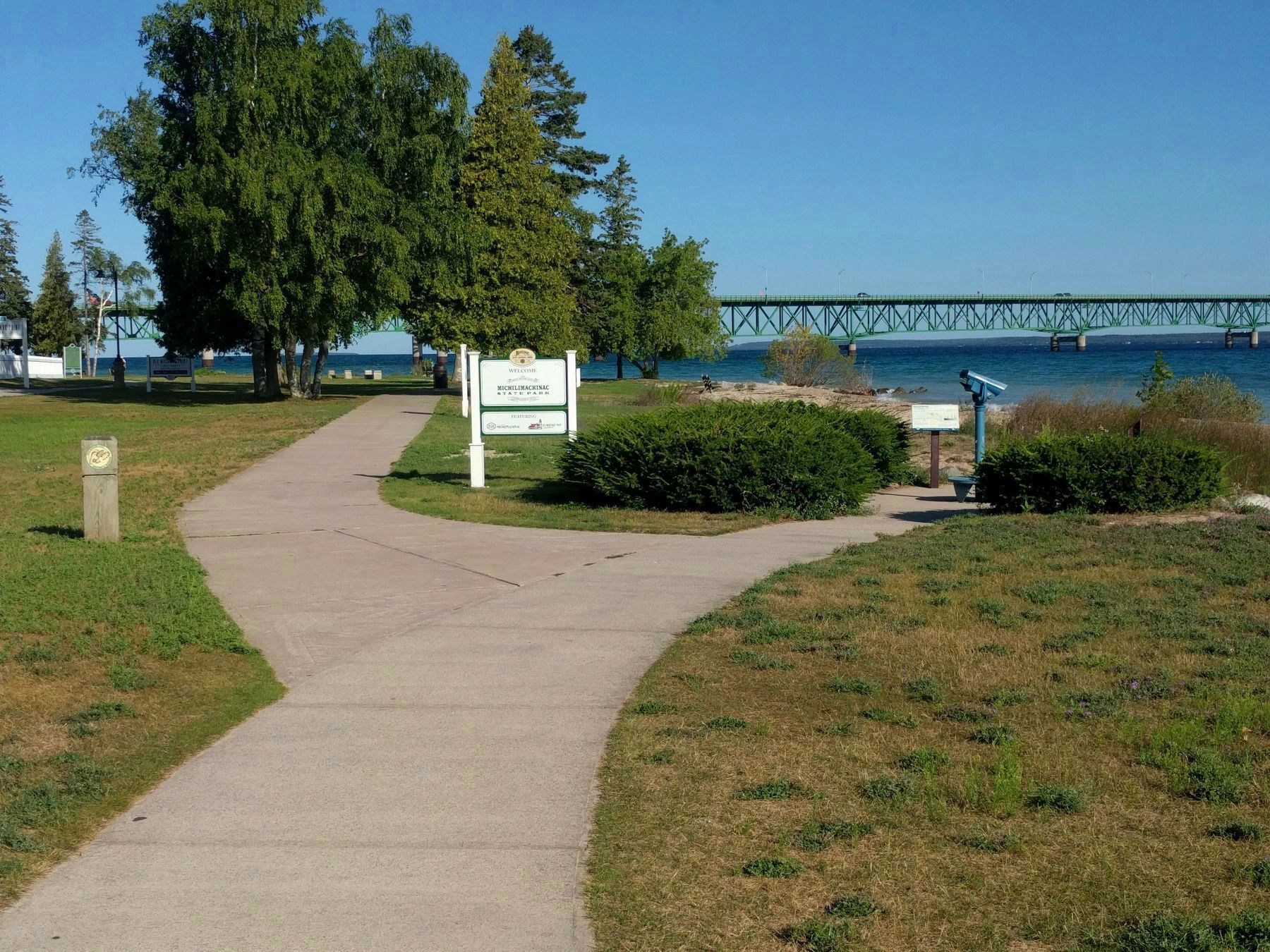 By Joel Seewald, August 19, 2019
2. Crossroads of the Great Lakes Marker
Marker is at the right edge of the photo, in the bushes to the right of the large binoculars. The post can be seen extending up from the bushes, but only a small part of the back of the marker is visible.