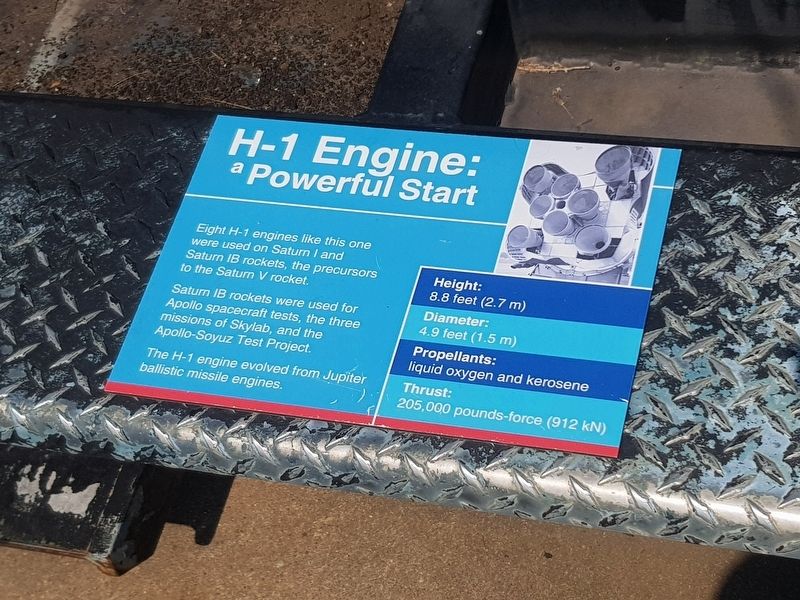 H-1 Engine: A Powerful Start
Eight H-1 engines like this one were used on Saturn I and Saturn IB rockets, the precursors to the Saturn V rocket.

Saturn IB rockets were used for Apollo spacecraft tests, the three missions of Skylab, and the Apollo-Soyuz Test Project.

Location. 29° 33.269′ N, 95° 5.618′ W. Marker is in Houston, Texas, in Harris County. Marker can be reached from Second Street south of Avenue D, on the left when traveling south. The marker is just outside the Saturn V display at Johnson Space Center. Touch for map. Marker is in this post office area: Houston TX 77058, United States of America. Touch for directions.

Other nearby markers. At least 8 other markers are within walking distance of this marker. J-2 Engine: Versatile Sidekick (here, next to this marker); Mercury-Redstone: Putting the First Americans in Space (a few steps from this marker); 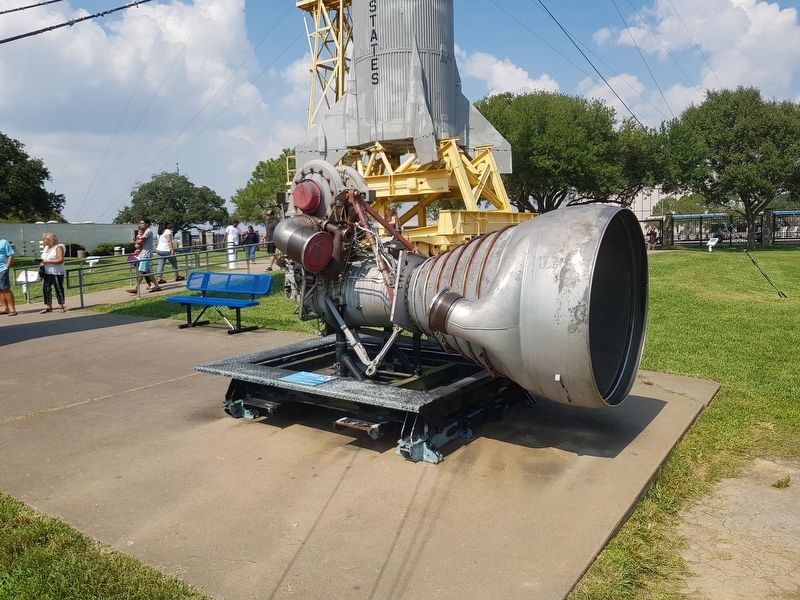