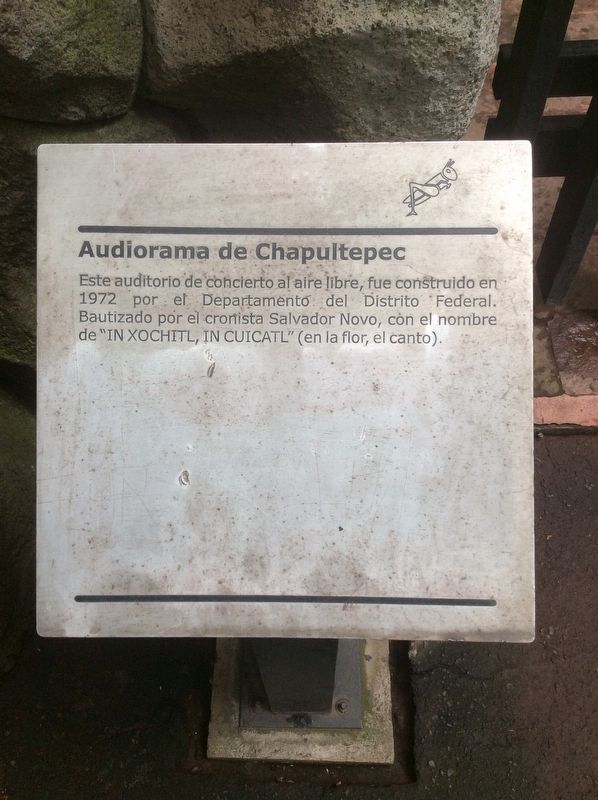 By J. Makali Bruton, September 10, 2019
1. The Chapultepec Audiorama Marker
Inscription.
English translation: . The Chapultepec Audiorama . This outdoor concert auditorium was built in 1972 by the Department of the Federal District. It was baptized by the chronicler Salvador Novo with the name "In xochitl, in cuicatl" (in the flower, the song). . This historical marker is in Ciudad de Mexico Mexico