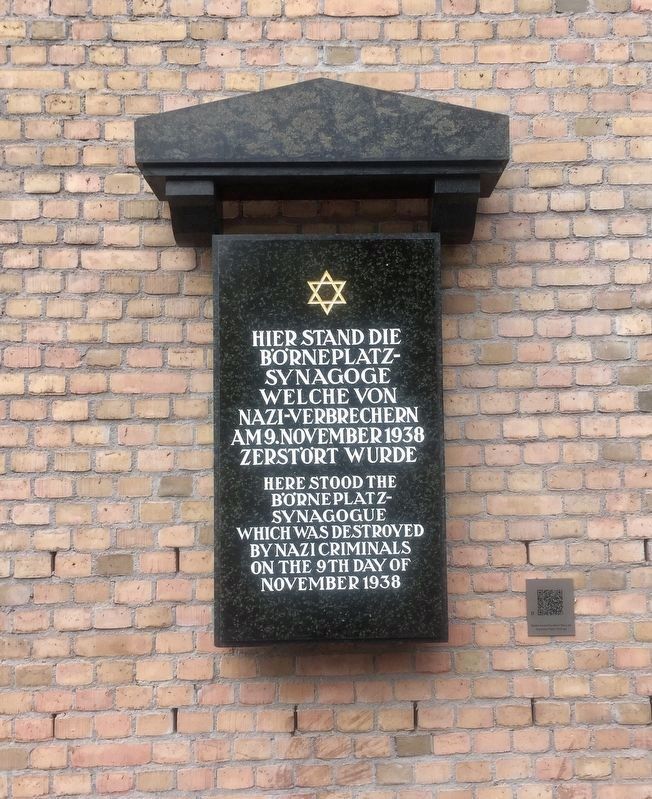 By Andrew Ruppenstein, September 23, 2019
1. Börneplatz Synagogue Marker
According to the Wikipedia article on the Memorial Neuer Börneplatz, "...A commemorative plaque for the destroyed synagogue was installed on the rear wall of the Stadtwerke building (i.e, the current building). It had already been ceremoniously unveiled by the US military government in an act of commemoration on 20 March 1946, but was not installed in the right place at the time."
Inscription.
Here stood the Börneplatz synagogue which was destroyed by Nazi criminals on the 9th day of November 1938 . This historical marker was erected in 1946. It is in Frankfurt am Main in Frankfurt Hessen Germany