Combat at the Bishop's Palace 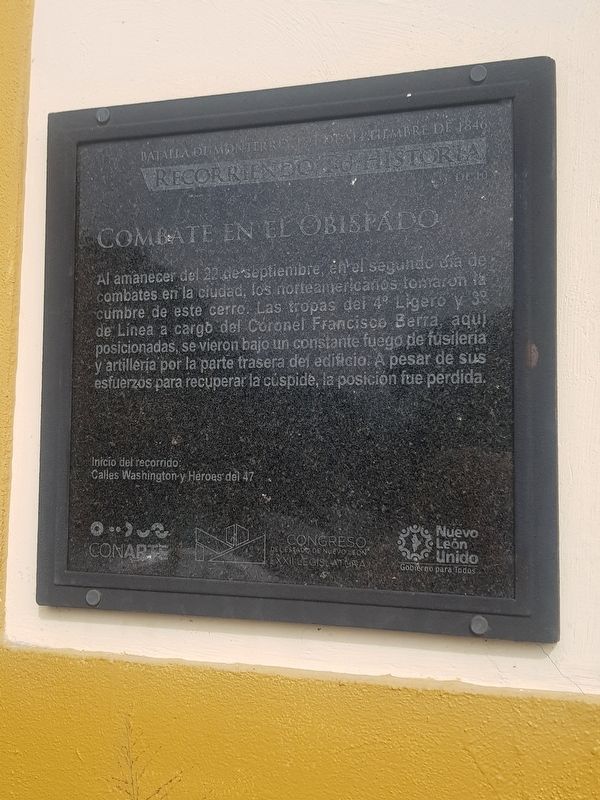 By J. Makali Bruton, October 24, 2019
1. Combat at the Bishop's Palace Marker
Inscription.
English translation: . Combat at the Bishop’s Palace . At dawn on September 22, on the second day of fighting in the city, the Americans took the summit of this hill. The troops of the 4º Ligero and 3º de Línea led by Colonel Francisco Berra positioned here were under a constant barrage of rifle and artillery fire from the rear of the building. Despite his efforts to recover the hilltop, the position was lost. . . Start of the tour: Washington and Héroes de 47 Streets . This historical marker was erected by CONARTE, Congreso del Estado de Nuevo León LXXII Legislatura, Nuevo León Unido – Gobierno para Todos. It is in Monterrey in Municipality of Monterrey Nuevo León Mexico