100th Anniversary of the Battle of Monterrey 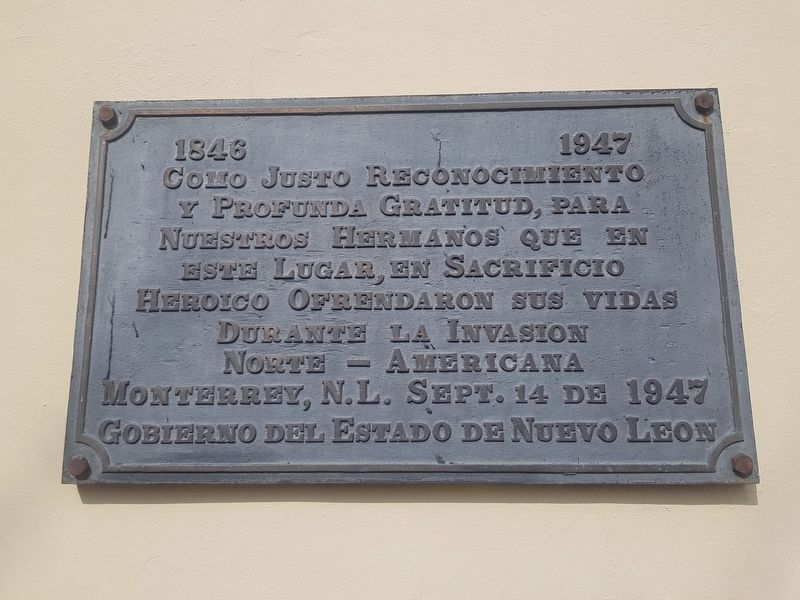 By J. Makali Bruton, October 24, 2019
1. 100th Anniversary of the Battle of Monterrey Marker
Inscription.
English translation: . 1846 - 1947 . A tribute of just recognition and deep gratitude for our brothers who in this place, in heroic sacrifice, offered their lives during the North-American invasion . Monterrey, Nuevo León, September 14, 1947 . Government of the State of Nuevo León . This memorial was erected in 1947 by Gobierno del Estado de Nuevo León. It is in Monterrey in Municipality of Monterrey Nuevo León Mexico