House of the Eagles 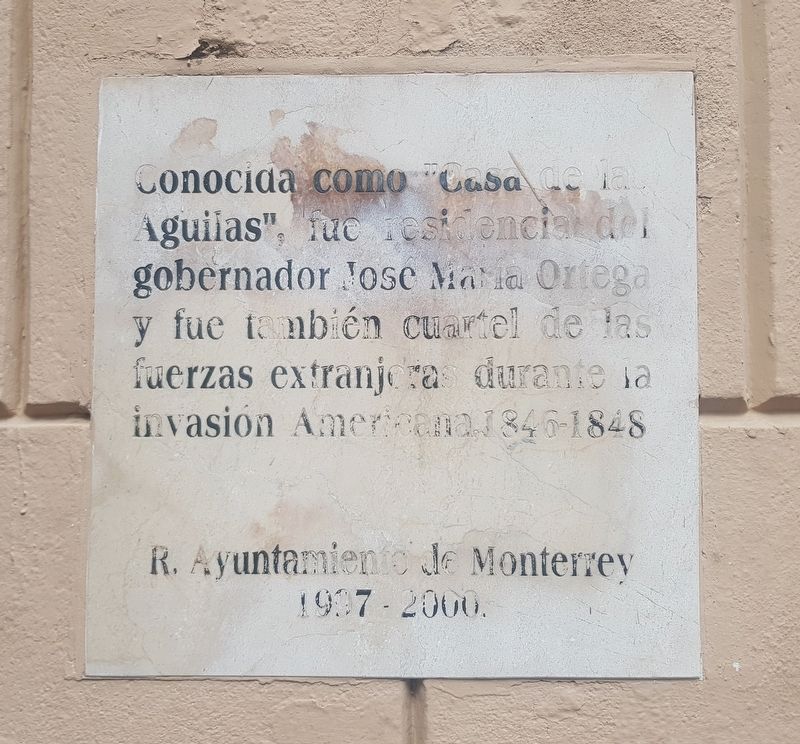 By J. Makali Bruton, October 24, 2019
1. House of the Eagles Marker
Inscription.
English translation: . Known as the "House of the Eagles", it was the residence of Governor José María Ortega and was also the headquarters of foreign forces during the American invasion, 1846-1848 . Monterrey City Hall . 1997-2000 . This historical marker is in Monterrey in Municipality of Monterrey Nuevo León Mexico