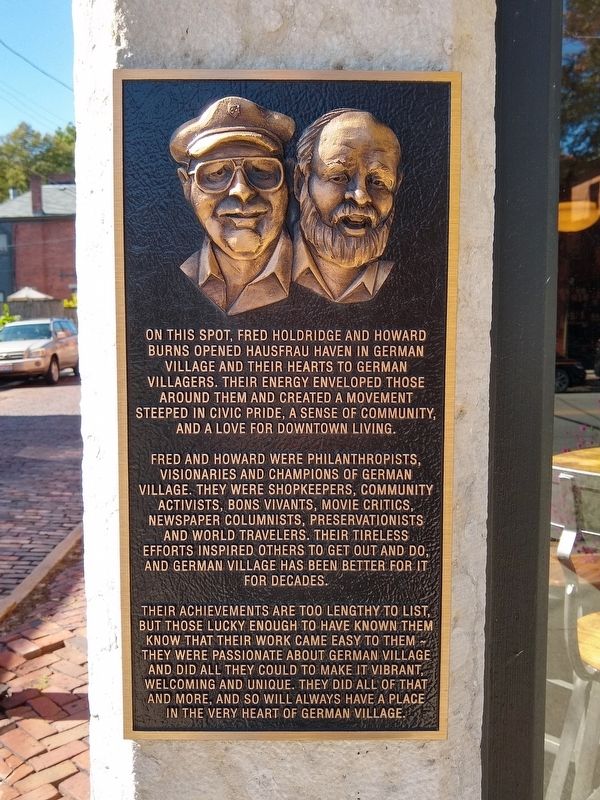 On this spot, Fred Holdridge and Howard Burns opened Hausfrau Haven in German Village and their hearts to German Villagers. Their energy enveloped those around them and created a movement steeped in civic pride, a sense of community, and a love for downtown living.

Fred and Howard were philanthropists, visionaries and champions of German Village. They were shopkeepers, community activists, bons vivants, movie critics, newspaper columnists, preservationists and world travelers. Their tireless efforts inspired others to get out and do, and German Village has been better for it for decades.

Their achievements are too lengthy to list, but those lucky enough to have known them know that their work came easy to them - they were passionate about German Village and did all they could to make it vibrant, welcoming and unique. They did all of that and more, and so will always have a place in the very heart of German Village. 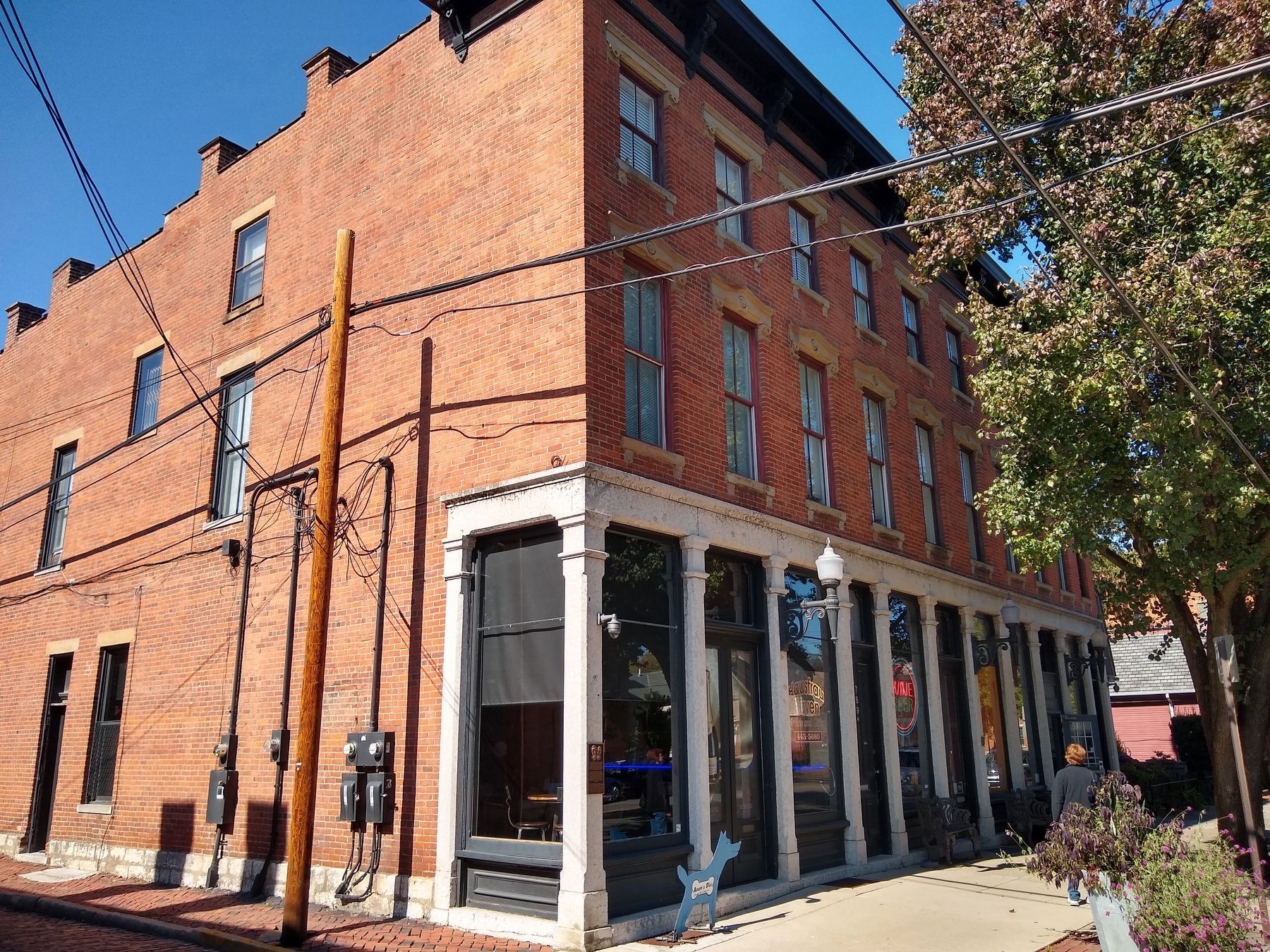