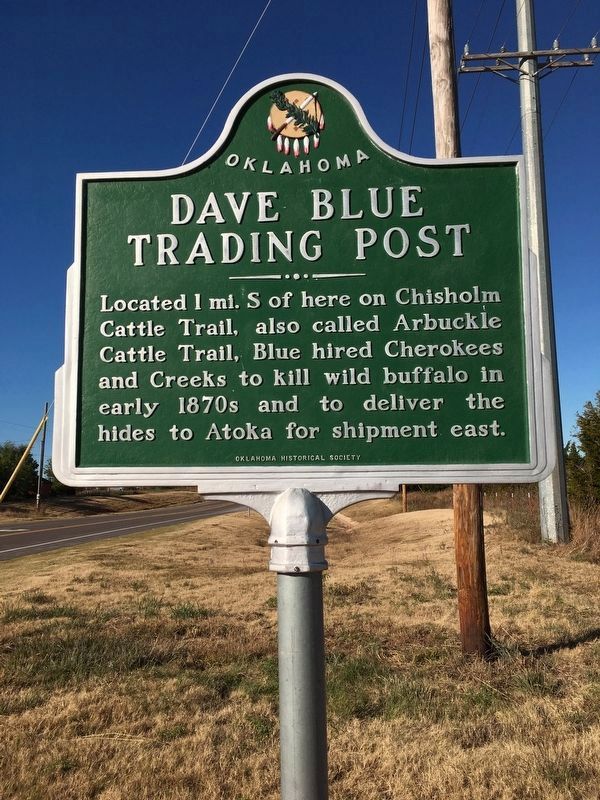 Regarding Dave Blue Trading Post.
From The Norman Transcript, 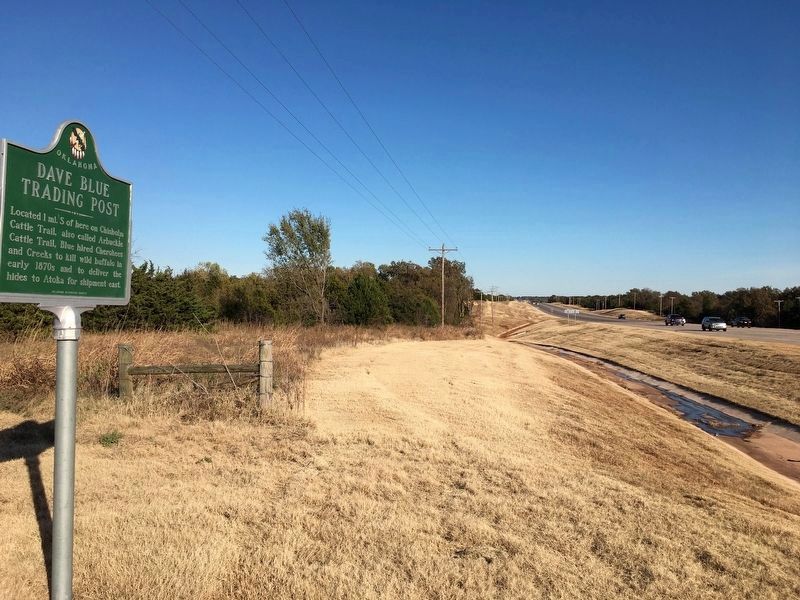 An early day trading post in what later became the Norman city limits is believed to be the first commercial establishment in Norman. After the Civil War, the Dave Blue Trading Post near the area of 48th Avenue SE and Cedar Lane served cowboys who drove herds of cattle north on the Arbuckle Trail to the railheads in Kansas. The creeks in the area are named for Cherokee brothers Dave and Jim Blue. It is believed they sold provisions to the survey crew lead by Norman namesake Abner Norman. A sign marking the area of the historic trading post can be seen at 48th Avenue SE and State Highway 9. — Andy Rieger.