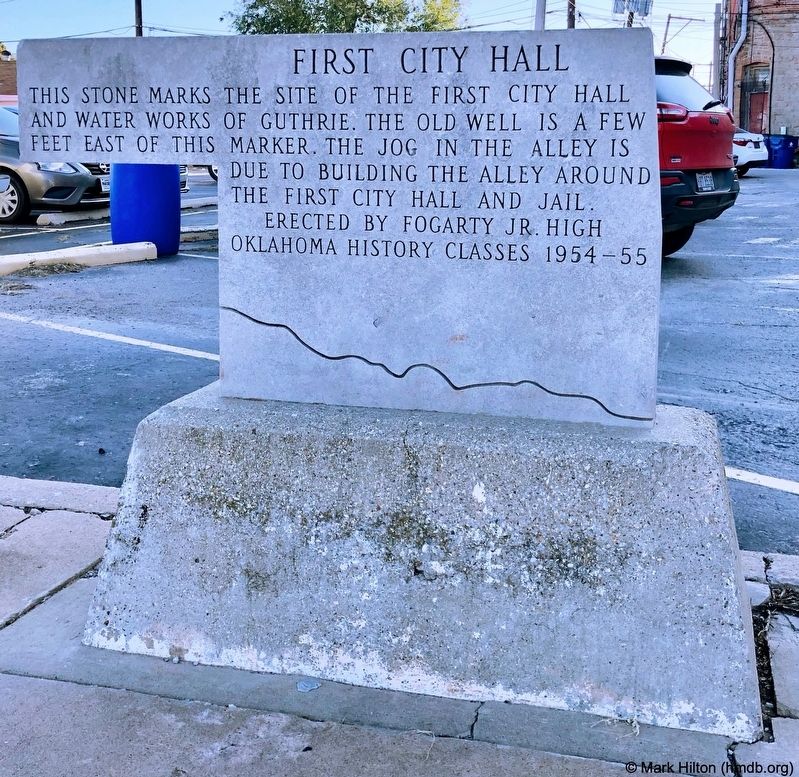 By Mark Hilton, October 22, 2019
1. First City Hall Marker
Inscription.
First City Hall. . This stone marks the site of the first city hall and water works of Guthrie. The old well is a few feet east of this marker. The jog in the alley is due to building the alley around the first city hall and jail. . This historical marker was erected by Fogarty Jr. High Oklahoma History Classes 1954-55.. It is in Guthrie in Logan County Oklahoma

Location. 35° 52.711′ N, 97° 25.59′ W. Marker is in Guthrie, Oklahoma, in Logan County. Marker is on North 1st Street near West Oklahoma Avenue, on the right when traveling north. Touch for map. Marker is at or near this postal address: North 1st Street, Guthrie OK 73044, United States of America. Touch for directions. 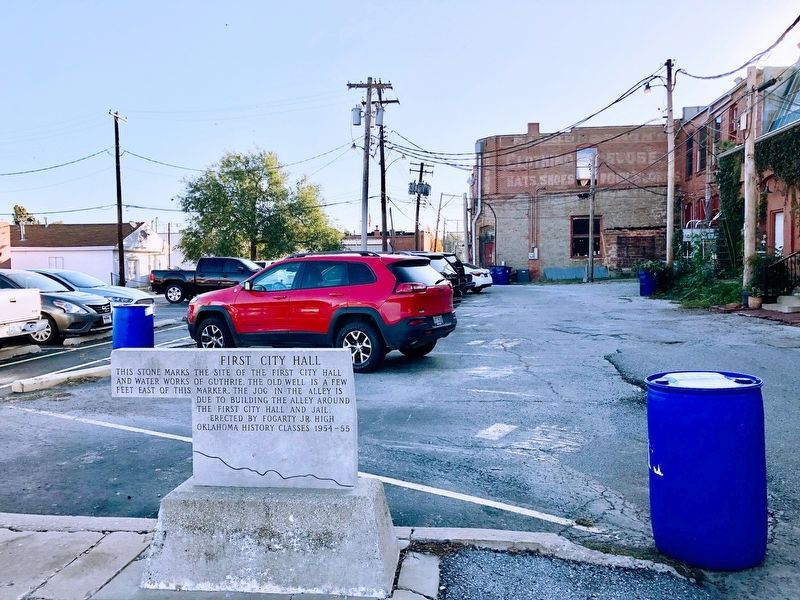 By Mark Hilton, October 22, 2019
2. First City Hall Marker with the jog in the alley in background.
• Notable Buildings •
More. Search the internet for First City Hall.