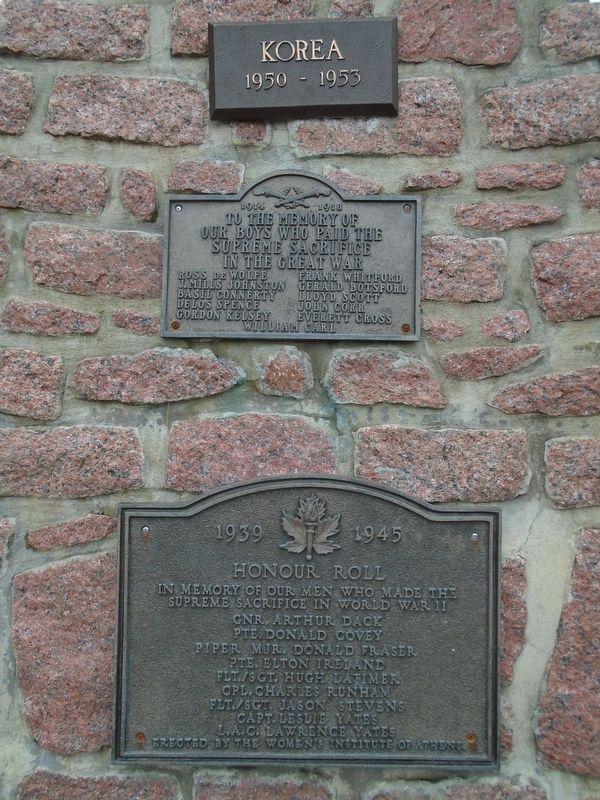 Erected by the Women's Institute of Athens and Others. 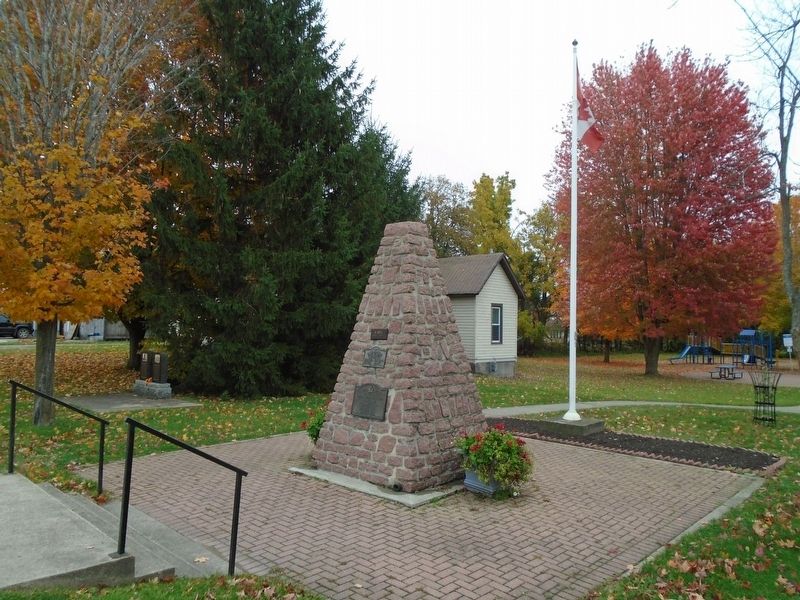 By William Fischer, Jr., October 18, 2019
2. War Memorial
Athens, Ontario, in Leeds and Grenville United Counties. Memorial is on Main Street (County Highway 5) just east of Victoria Street, on the right when traveling east. Monument is in Memorial Park. Touch for map. Marker is in this post office area: Athens, Ontario K0E 1B0, Canada. Touch for directions.