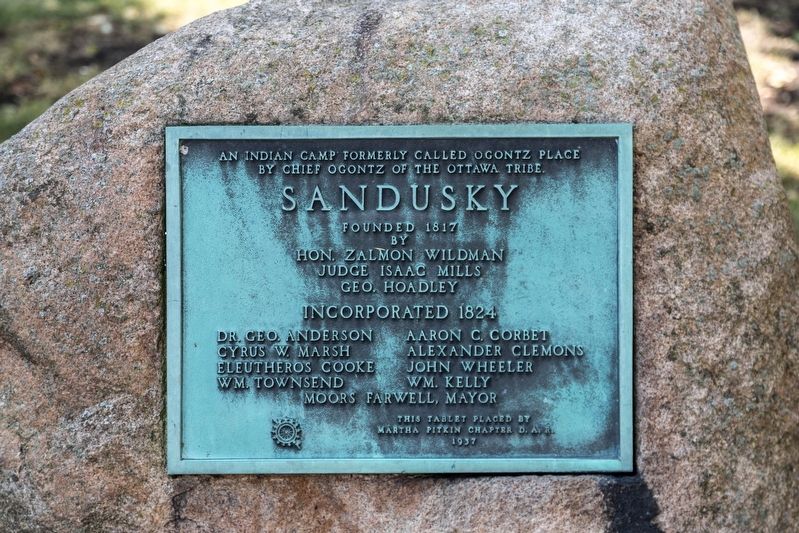 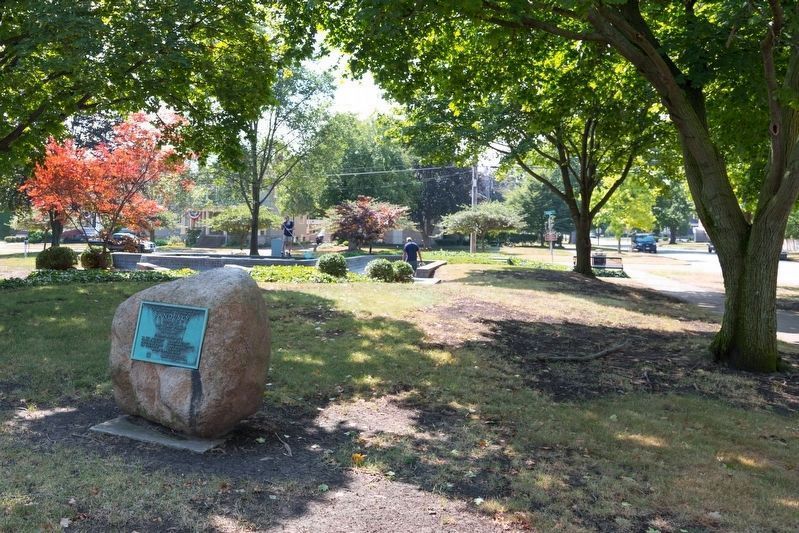 By J. J. Prats, August 7, 2019
2. Sandusky D.A.R. Monument in Fountain Park
Huron Avenue is behind the photographer. In the distance is the intersection of Wayne Street and East Adams Street and the Follett House Museum. The fountain, directly behind the monument, was being cleaned when this photograph was taken.
(about 700 feet away); Sandusky / Erie County (about 800 feet away); Erie County Jail / Sandusky Library (about 800 feet away). Touch for a list and map of all markers in Sandusky.

This area was a center of trading and fortifications since the 18th century: the English, French, and Americans had trading posts and forts built on both the north and south sides of Sandusky Bay.

Development by European Americans of the city of Sandusky, starting in 1818, on the southeast shore of Sandusky Bay, followed settlement of the war of 1812. Part of the city quickly enveloped the site of an earlier small village named “Portland” (established about 1816). Eventually the city of Sandusky encompassed most of the entire township that had been called Portland. Some of the city was built on land formerly occupied by a Native-American man named Ogontz, and therefore the city is said to have been built on “Ogontz’ place.”