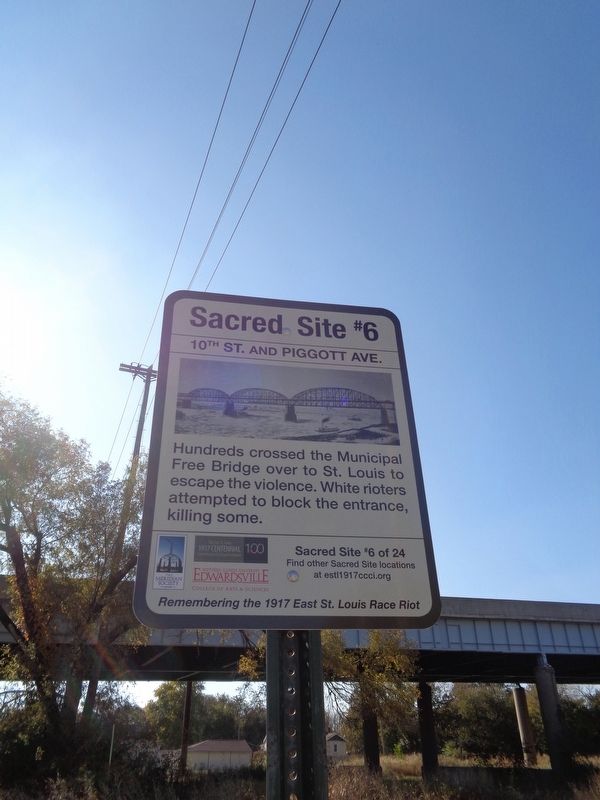 Hundreds crossed the Municipal Free Bridge over to St. Louis to escape the violence. White rioters attempted to block the entrance, killing some.

Topics and series. This historical marker is listed in this topic list: Bridges & Viaducts. In addition, it is included in the Illinois, Remembering the 1917 East St. Louis Race Riot series list. A significant historical date for this entry is July 2, 1917.

Other nearby markers. At least 8 other markers are within walking distance of this marker. 10th Street and Trendley Ave. (about 400 feet away, measured in a direct line); S. 8th St. and Brady Ave. (approx. 0.4 miles away); S. 6th St. and Railroad Ave. (approx. 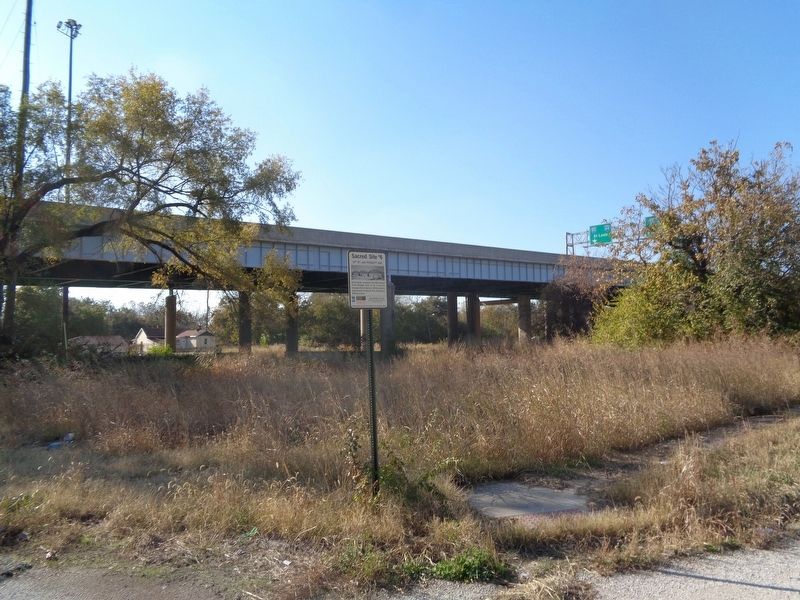 By Jason Voigt, November 5, 2019
2. 10th Street and Piggott Ave. Marker
In the background is a ramp that has access from Tudor Avenue to Interstates 55 and 64

Regarding 10th Street and Piggott Ave.. Near this intersection is the Municipal Bridge (then called the "Free Bridge," because it did not have a toll). It opened in January 1917 and was a primary way for people living in the South End to cross over to St. Louis. During the violence, victims attempted to flee across to safety. White rioters tried to block their way. Luella Cox, a white woman from St. Louis, who had crossed for nonprofit work, started directing families to flee across the bridge. One woman was beheaded at this site, according to Mrs. Cox's testimony. Eventually, the rioters were driven away and hundreds of families fled across the bridge to safety. In 1942, the Municipal Bridge was renamed the MacArthur Bridge, after Douglas MacArthur. The bridge would be closed to vehicles in 1981, and today, it is used for railroads.