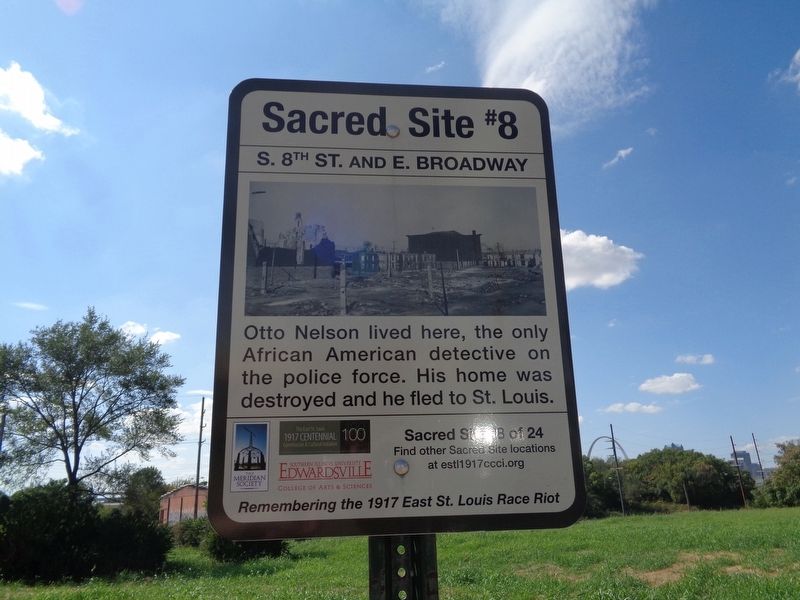 By Jason Voigt, October 1, 2019
1. S. 8th St. and E. Broadway Marker
Top of the Gateway Arch is seen in the background
Inscription.
S. 8th St. and E. Broadway. Remembering the 1917 East St. Louis Race Riot. Otto Nelson lived here, the only African American detective on the police force. His home was destroyed and he fled to St. Louis. . This historical marker was erected in 2017 by The East St. Louis 1917 Centennial Commission and Cultural Initiative, the Meridian Society, and Southern Illinois University Edwardsville. It is in East St. Louis in St. Clair County Illinois

Otto Nelson lived here, the only African American detective on the police force. His home was destroyed and he fled to St. Louis.

Topics and series. This historical marker is listed in these topic lists: African Americans • Law Enforcement. In addition, it is included in the Illinois, Remembering the 1917 East St. Louis Race Riot series list. A significant historical date for this entry is July 2, 1917.

Other nearby markers. At least 8 other markers are within walking distance of this marker. 700 East Broadway (about 300 feet away, measured in a direct line); S. 8th St. and Brady Ave. (approx. 0.2 miles away); S. 6th St. and Railroad Ave. 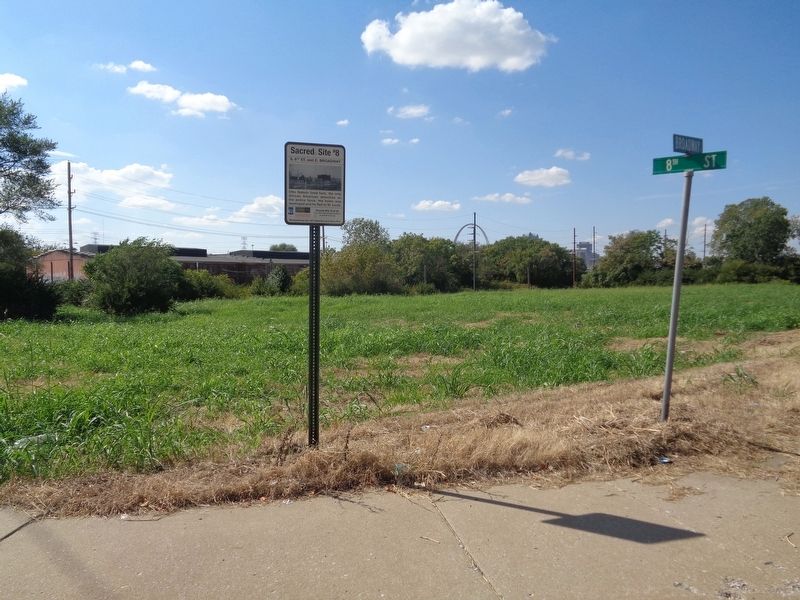 Regarding S. 8th St. and E. Broadway. Nelson lived at 741a East Broadway, near the Opera House. As the marker states, he was the only African American detective but during the riot, the city turned against him. He and his wife were forced to hide in the weeds as their home was destroyed. When the path was clear, they worked their way toward the Eads Bridge, where they found themselves in a stream of African Americans heading over the bridge to safety.