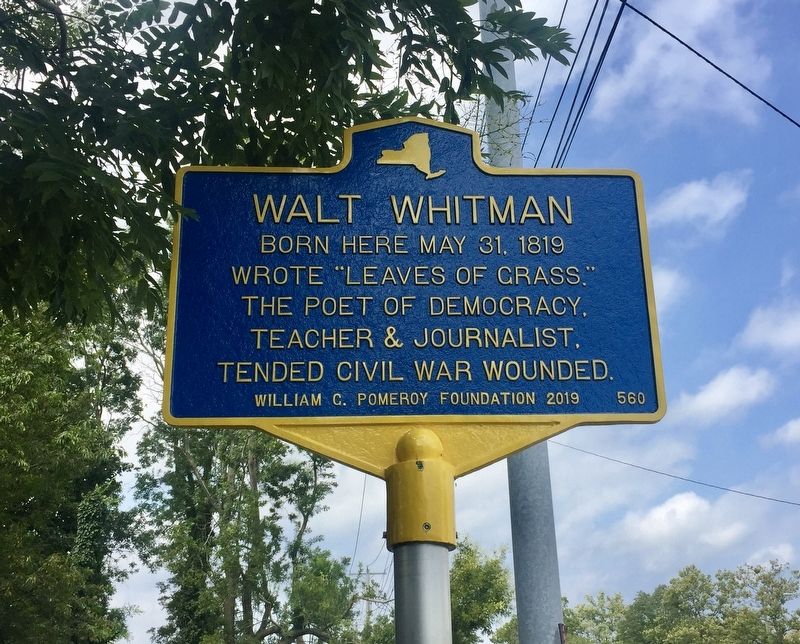 Topics and series. This historical marker is listed in this topic list: Arts, Letters, Music. In addition, it is included in the Walt Whitman, and the William G. Pomeroy Foundation series lists. A significant historical date for this entry is May 31, 1819. 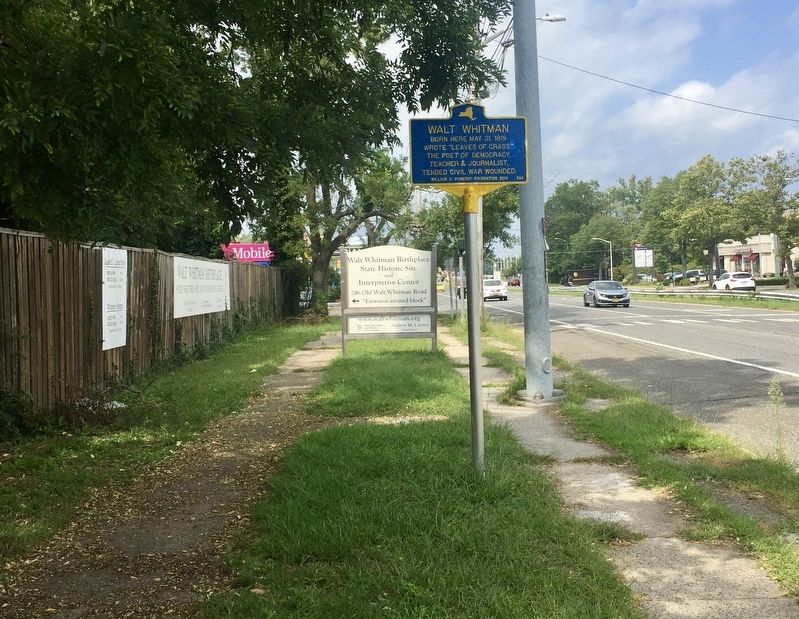 Also see . . .  Walt Whitman (Wikipedia). "Walt Whitman (May 31, 1819 – March 26, 1892) was an American poet, essayist, and journalist. A humanist, he was a part of the transition between transcendentalism and realism, incorporating both views in his works. Whitman is among the most influential poets in the American canon, often called the father of free verse. His work was controversial in its time, particularly his poetry collection Leaves of Grass, which was described as obscene for its overt sensuality. Whitman's own life came under scrutiny for his presumed homosexuality." (Submitted on November 7, 2019.) 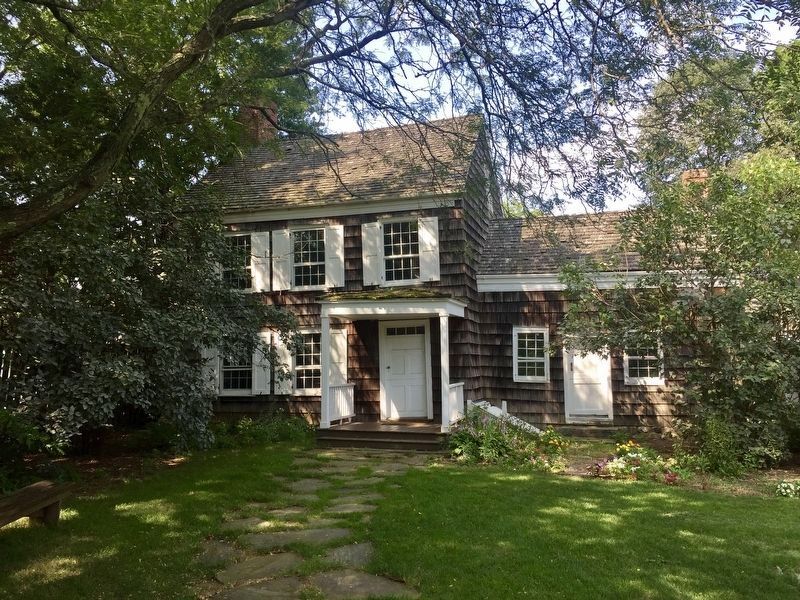 Photographed By Andrew Ruppenstein, September 4, 2019
3. Walt Whitman house of birth
The house is located at the state historical site, and is accessible with the accompaniment of a docent from the interpretive center. 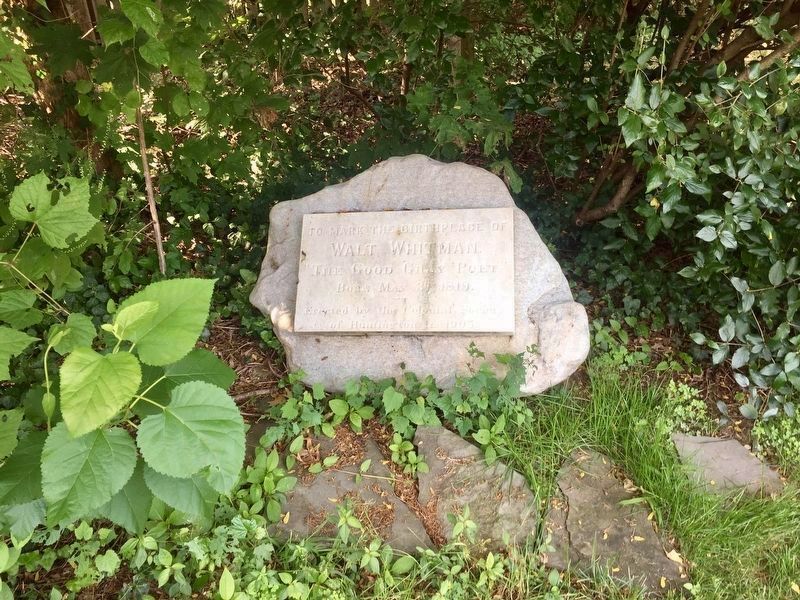 Photographed By Andrew Ruppenstein, September 4, 2019
4. Additional Walt Whitman marker (click on photo to enlarge)
Adjacent to the Whitman house is this marker, placed in 1903 by the Colonial Society of Huntington, to mark the place of Whitman's birth. 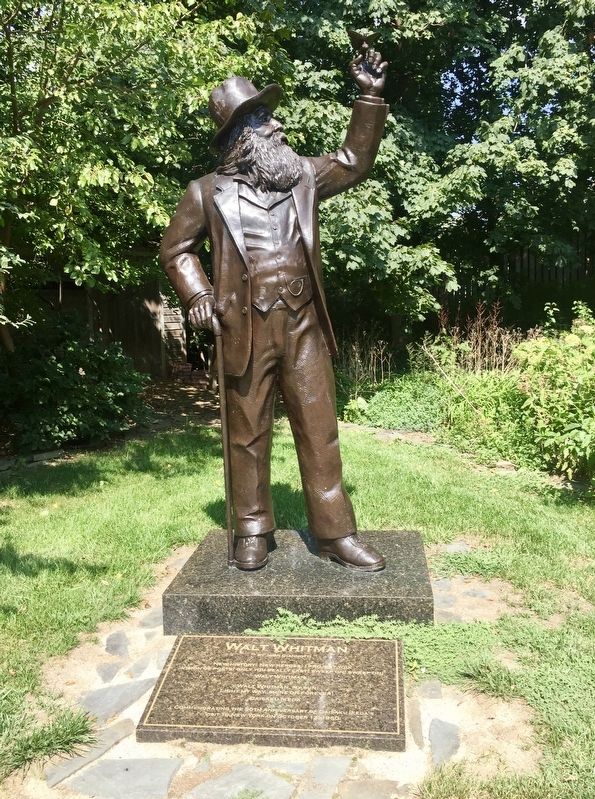 Photographed By Andrew Ruppenstein, September 4, 2019
5. Statue of Walt Whitman by John Giannotti, located on the grounds of his birthplace 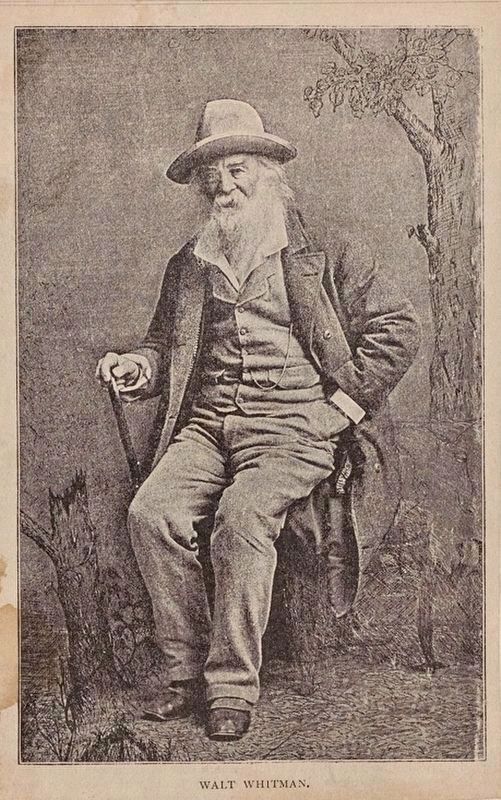