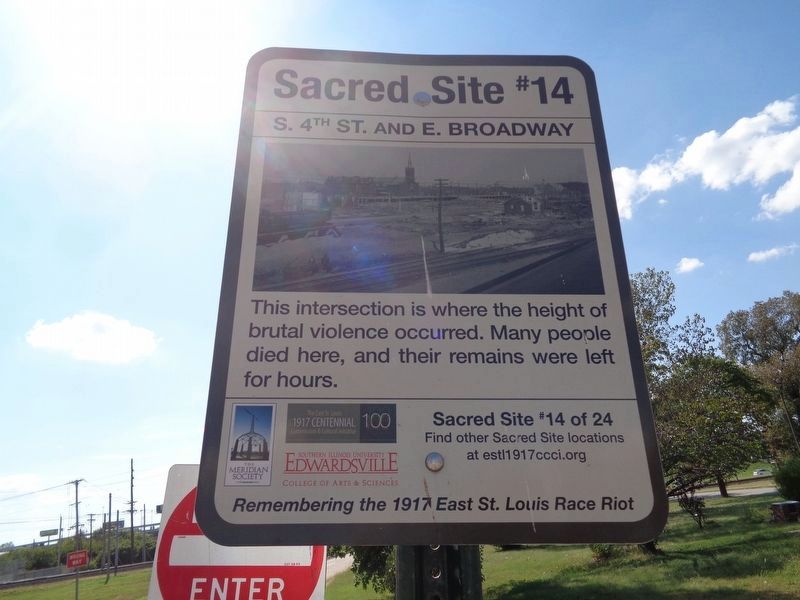 By Jason Voigt, October 1, 2019
1. S. 4th St. and E. Broadway Marker
Inscription.
S. 4th St. and E. Broadway. Remembering the 1917 East St. Louis Race Riot. This intersection is where the height of brutal violence occurred. Many people died here, and their remains left for hours. . This historical marker was erected in 2017 by The East St. Louis 1917 Centennial Commission and Cultural Initiative, the Meridian Society, and Southern Illinois University Edwardsville. It is in East St. Louis in St. Clair County Illinois

This intersection is where the height of brutal violence occurred. Many people died here, and their remains left for hours.

Topics and series. This historical marker is listed in these topic lists: African Americans • Roads & Vehicles. In addition, it is included in the Illinois, Remembering the 1917 East St. Louis Race Riot series list. A significant historical month for this entry is July 1917.

Location. 38° 37.487′ N, 90° 9.703′ W. Marker is in East St. Louis, Illinois, in St. Clair County. Marker is at the intersection of East Broadway (Illinois Route 15) and Barack Obama Avenue, on the right when traveling south on East Broadway. It is located on the west side of Fountain of Youth Park. Touch for map. Marker is at or near this postal address: 16 4th Street, East Saint Louis IL 62201, United States of America. Touch for directions. 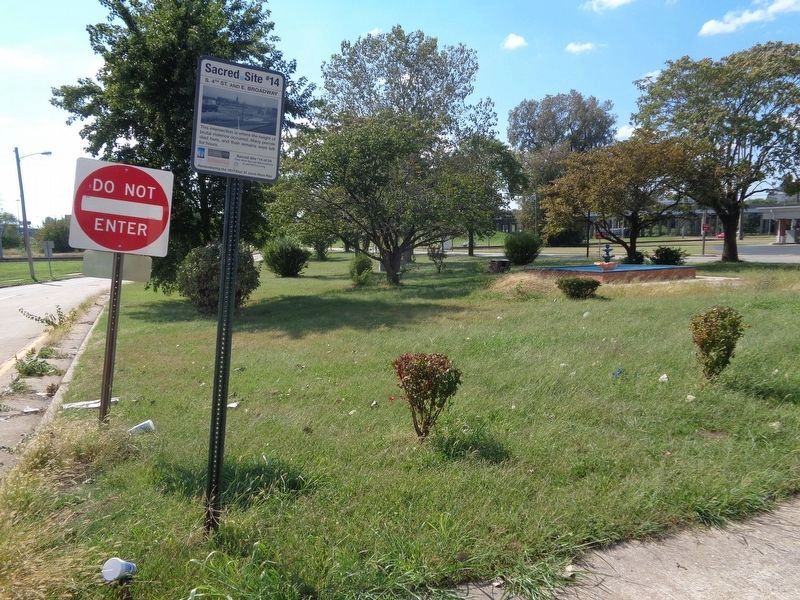 Regarding S. 4th St. and E. Broadway. Here was the apex of the violence. St. Louis Post-Dispatch reporter Paul Anderson counted six corpses on the street. When an ambulance arrived, rioters threatened the driver with death. Guardsmen were standing a few hundred feet away but refused to intervene, despite Anderson's pleading. Reporter Carlos Hurd witnessing a lynching there where a rioter yelled "pull for East St. Louis!" The body was left hanging for hours. One rioter approached a body lying on the gutter and fired several shots to make sure the man was dead.