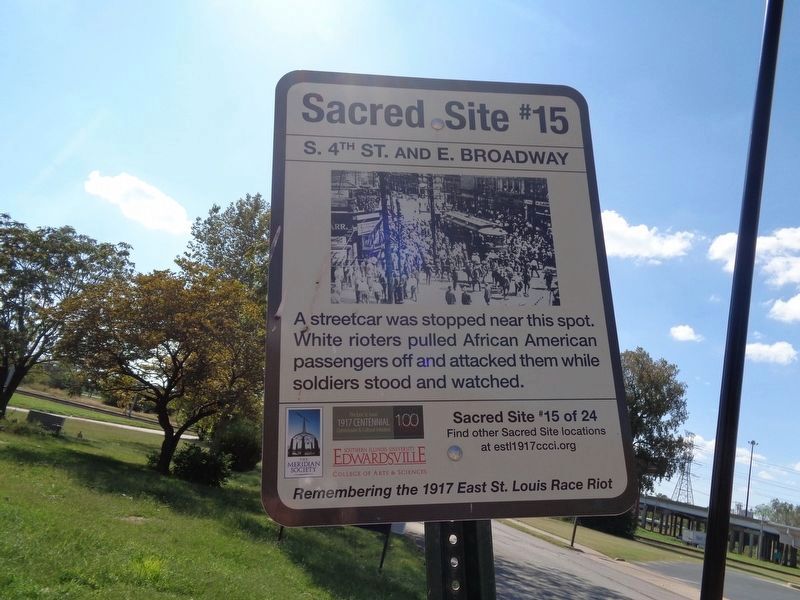 By Jason Voigt, October 1, 2019
1. S. 4th St. and E. Broadway Marker
Inscription.
S. 4th St. and E. Broadway. Remembering the 1917 East St. Louis Race Riot. A streetcar was stopped near this spot. White rioters pulled African American passengers off and attacked them while soldiers stood and watched. . This historical marker was erected in 2017 by The East St. Louis 1917 Centennial Commission and Cultural Initiative, the Meridian Society, and Southern Illinois University Edwardsville. It is in East St. Louis in St. Clair County Illinois

A streetcar was stopped near this spot. White rioters pulled African American passengers off and attacked them while soldiers stood and watched.

Topics and series. This historical marker is listed in these topic lists: African Americans • Railroads & Streetcars. In addition, it is included in the Illinois, Remembering the 1917 East St. Louis Race Riot series list. A significant historical month for this entry is July 1917.

Location. 38° 37.499′ N, 90° 9.718′ W. Marker is in East St. Louis, Illinois, in St. Clair County. Marker is at the intersection of East Broadway (Illinois Route 15) and Barack Obama Avenue, on the right when traveling south on East Broadway. It is on the east side of Fountain of Youth Park. Touch for map. Marker is at or near this postal address: 16 4th Street, East Saint Louis IL 62201, United States of America. Touch for directions. 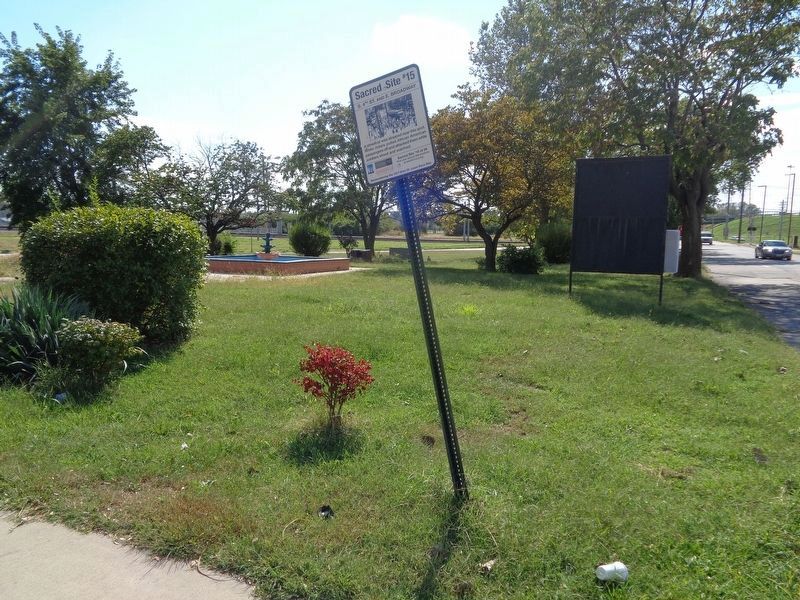 Regarding S. 4th St. and E. Broadway. An African American man was shot where Collinsville Avenue meets East Broadway. One of the first actions of the mob was to stop a streetcar, which was easily done by pulling the overhead trolleys from the charged electric wire. White rioters attacked African American passengers while soldiers stood and watched.