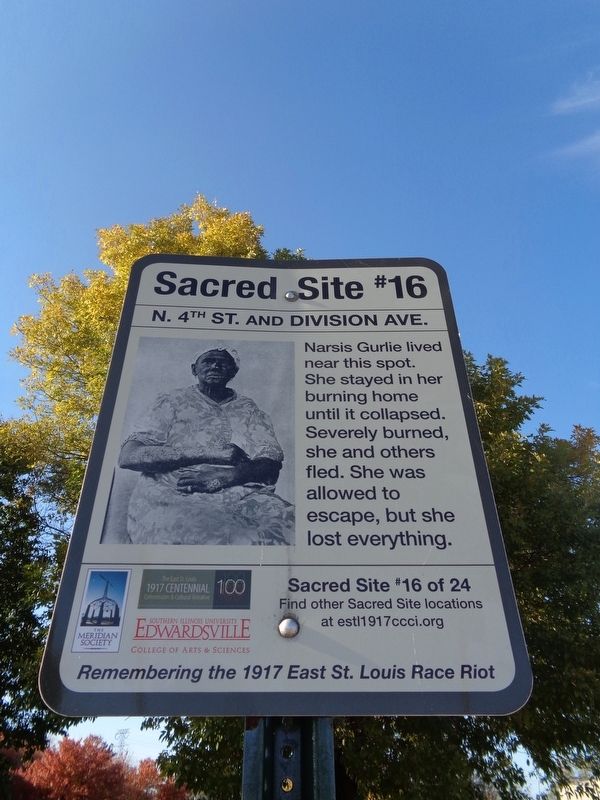 By Jason Voigt, November 5, 2019
1. N. 4th St. and Division Ave. Marker
Inscription.
N. 4th St. and Division Ave.. Remembering the 1917 East St. Louis Race Riot. Narsis Gurlie lived near this spot. She stayed in her burning home until it collapsed. Severely burned, she and others fled. She was allowed to escape, but she lost everything. . This historical marker was erected in 2017 by The East St. Louis 1917 Centennial Commission & Cultural Initiative, the Meridian Society, and Southern Illinois University Edwardsville. It is in East St. Louis in St. Clair County Illinois

Narsis Gurlie lived near this spot. She stayed in her burning home until it collapsed. Severely burned, she and others fled. She was allowed to escape, but she lost everything. 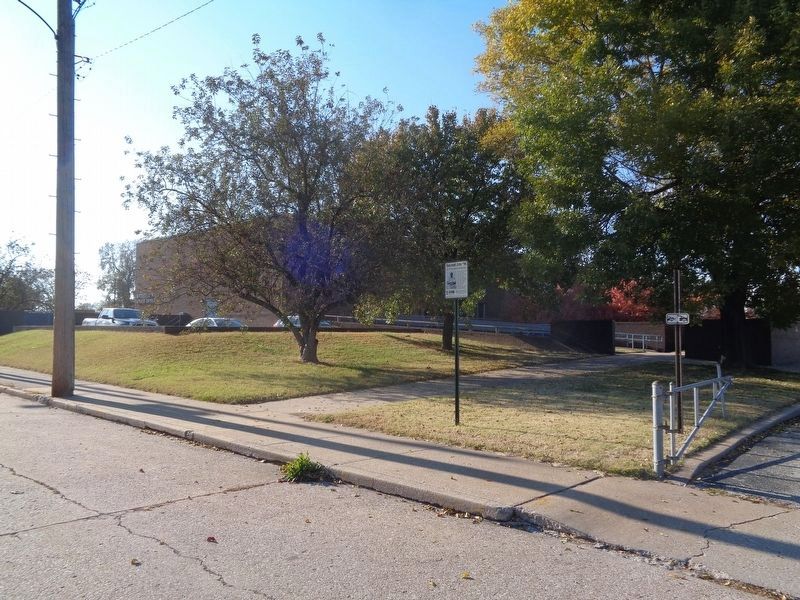 Regarding N. 4th St. and Division Ave.. At this site, police found the cremated body of a boy, who looked to be hiding under a bed when the flames consumed him. Narsis Gurlie lived a few houses south, and gave the following statement to W.E.B. DuBois during his investigation of the massacre: "Between five and six o'clock we noticed a house nearby buring and heard the men outside. We were afraid to come outside and remained in the house, which caught fire from the other house. When the house began falling in we ran out, terribly burned, and one white man said, 'Let those old women alone.' We were allowed to escape. Lost everything, clothing and household goods."

Source: The Crisis, pp. 235-236. The Crisis had several spelling errors, including the spelling of Gurlie's name as "Narcis". This research is siding with the local source.

Please note that 4th Street is also called Barack Obama Avenue (passed by East St. Louis City Council in 2012). Division Avenue once went as far as this point, but parts of the street are now where the 5th and Missouri MetroLink rail station sit today.