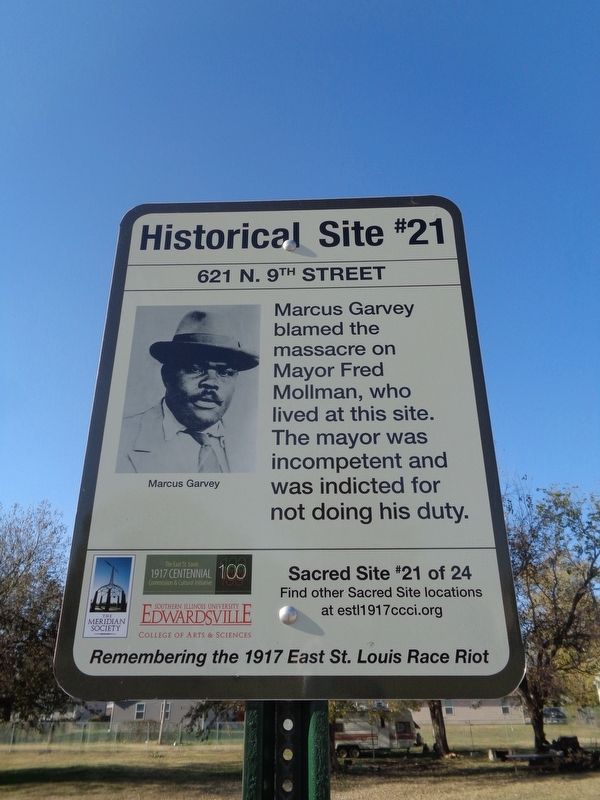 By Jason Voigt, November 5, 2019
1. 621 N. 9th Street Marker
Inscription.
621 N. 9th Street. Remembering the 1917 East St. Louis Race Riot. Marcus Garvey blamed the massacre on Mayor Fred Mollman, who lived at this site. The mayor was incompetent and was indicted for not doing his duty. . This historical marker was erected in 2017 by The East St. Louis 1917 Centennial Commission and Cultural Initiative, the Meridian Society, and Southern Illinois University Edwardsville. It is in East St. Louis in St. Clair County Illinois

Marcus Garvey blamed the massacre on Mayor Fred Mollman, who lived at this site. The mayor was incompetent and was indicted for not doing his duty.

Topics and series. This historical marker is listed in these topic lists: African Americans • Government & Politics. In addition, it is included in the Illinois, Remembering the 1917 East St. Louis Race Riot series list. A significant historical month for this entry is July 1917.

Other nearby markers. At least 8 other markers are within walking distance of this marker. 1010 Pennsylvania Avenue (about 600 feet away, measured in a direct line); N. 9th St. & St. Clair Ave. (approx. 0.2 miles away); Collinsville at St. Louis Avenue 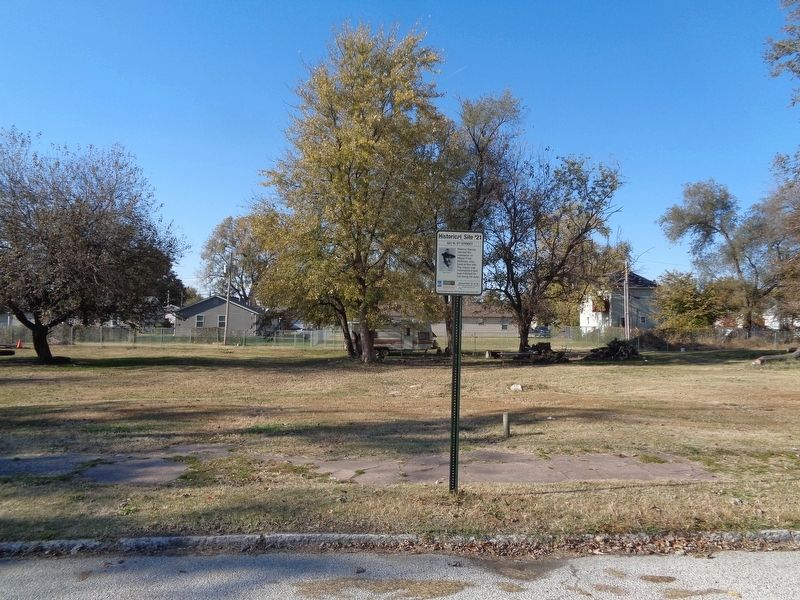 Regarding 621 N. 9th Street. Mayor Fred Mollman, who lived here, was a politician who knew that the city was about to explode with violence. He had been the leader of a corrupt government that was unprepared to respond to any civil disturbance, much less to an open massacre. Marcus Garvey said in a speech that Mollman was to blame for the massacre, believing Mollman wanted African Americans out of the city. Mollman was indicted for malfeasance, but the charges were later dropped.