In Memorial to the Commercial Fisherman Lost at Sea 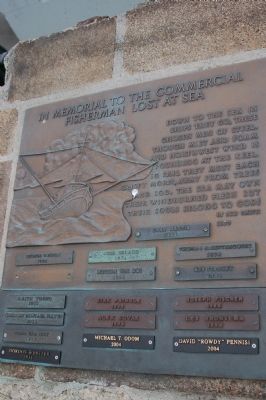 Down to the sea in ships they go, these chosen men of steel. Though mist and foam and northwest wind is pounding at the keel. So sail they must each crispy morn, away from trees and sod. The sea may own their windburned flesh but their souls belong to God! —by Bud Smith 1975

Topics. This historical marker is listed in these topic lists: Industry & Commerce • Waterways & Vessels. A significant historical year for this entry is 1975.

Other nearby markers. At least 8 other markers are within 4 miles of this marker, measured as the crow flies. Hotel El Granada (approx. 0.6 miles away); Granada's Burnham Plan 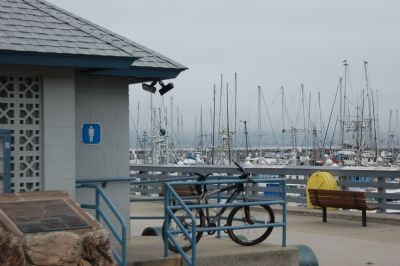 By Karen Key, April 29, 2007
2. In Memorial to the Commercial Fisherman Lost at Sea Marker

Additional commentary.
1. Keith Young - Lost at Sea - 1988
Hello
I just want to say a few things in tribute to the men lost at sea trying to be independent and making a living. Keith Young was my brother, and I still miss him very much. Keith and I grew up together as fishermen, me until 1981 and Keith until he passed away. Keith and I fished for dad aboard several boats. We lived, worked, and partied together. When we worked together Keith and I competed all the time. I think his heart was in the fishing more than me. Keith 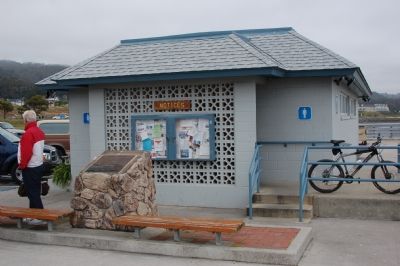 By Karen Key, April 29, 2007
3. In Memorial to the Commercial Fisherman Lost at Sea Marker
was an excellent fisherman, very intelligent and very safety conscious. He was an asset to the fishing industry, but if he were here today he would be disappointed in how the fish business has ended up.

Keith has been greatly missed by all of us and he is in our hearts all the time, as are all the men and women lost at sea. Ever since Keith and some of his crew did not come home that fateful day, I can only say never leave home for work or pleasure when you have an argument with your family because we never know 100% for sure if you will see them again, and I have tried to do that ever since Keith left us.

In closing, Keith, God be with you and we think about you all the time and appreciate very much the memorial for all those souls lost at sea trying to grind out a living.
— Submitted January 10, 2009, by Tony Lee Bishop of Brentwood, California.
2. My father, Bob Starkey, Lost at Sea, 1984
May my father rest at peace and God guide him to look down upon my family. Bob Starkey was a father I wish I knew better. The man will always be my hero and I am thankful he brought me into this world. Note To Editor only visible by Contributor and editor
— Submitted January 10, 2009, by Shannon C.starkey of Forsyth, Missouri.
3. Les Bronsema
Les Bronsema was my brother's and my foster father. I wanted to say a few words about the kind of human being he was. He gave a part of himself to raise two boys who had no home. He was a disciplined hard working honest person who taught us the value of suiting up and showing up on a daily basis. He always told me that I could be whatever I wanted to be in life. I just had to chose a direction and work toward it. I am grateful that God allowed our paths to intersect in life. I am a better person today because of who he was.