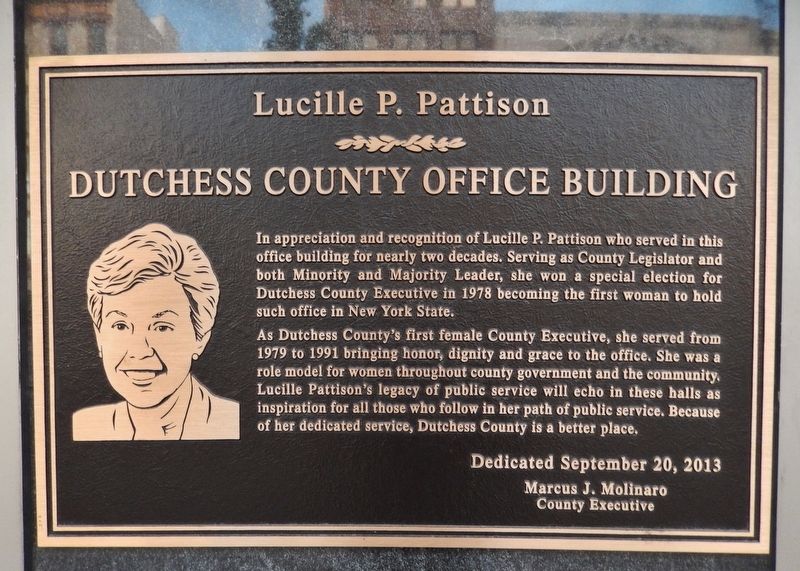 In appreciation and recognition of Lucille P. Pattison who served in this office building for nearly two decades. Serving as County Legislator and both Minority and Majority Leader, she won a special election for Dutchess County Executive in 1978 becoming the first woman to hold such office in New York State.

As Dutchess County's first female County Executive, she served from 1979 to 1991 bringing honor, dignity and grace to the office. She was a role model for women throughout county government and the community. Lucille Pattison's legacy of public service will echo in these halls as inspiration for all those who follow in her path of public service. Because of her dedicated service, Dutchess County is a better place.
Dedicated September 20, 2013
Marcus J. Molinaro
County Executive 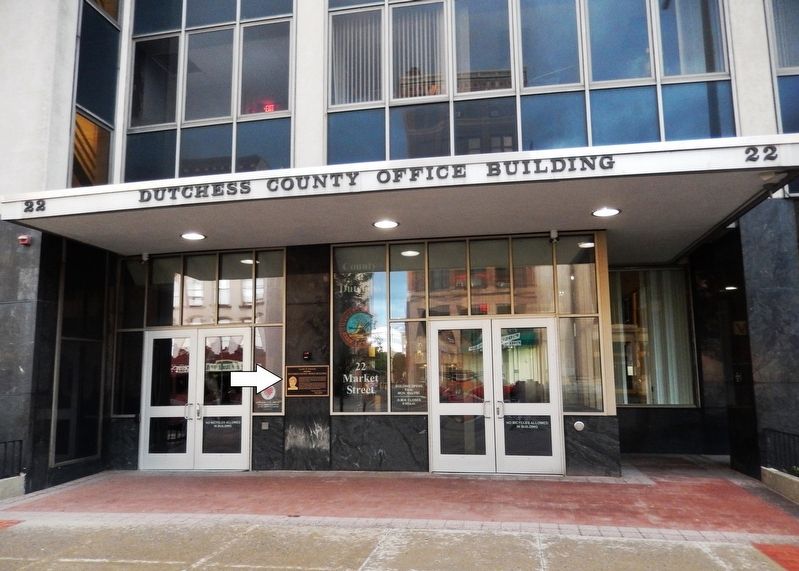 By Cosmos Mariner, June 30, 2019
2. Lucille P. Pattison Marker (wide view)
when traveling north. Marker is mounted at eye-level, directly on the Dutchess County Office Building, near the main front entrance. Touch for map. Marker is at or near this postal address: 22 Market Street, Poughkeepsie NY 12601, United States of America. Touch for directions. 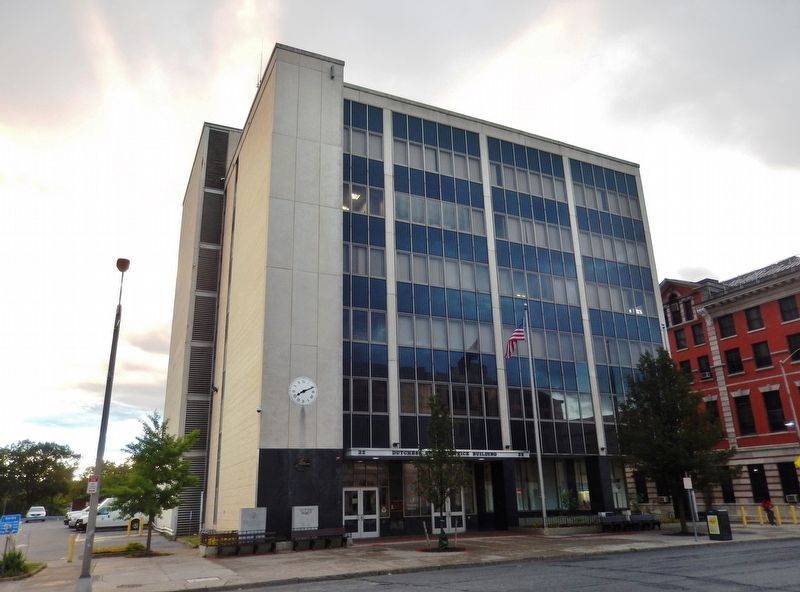