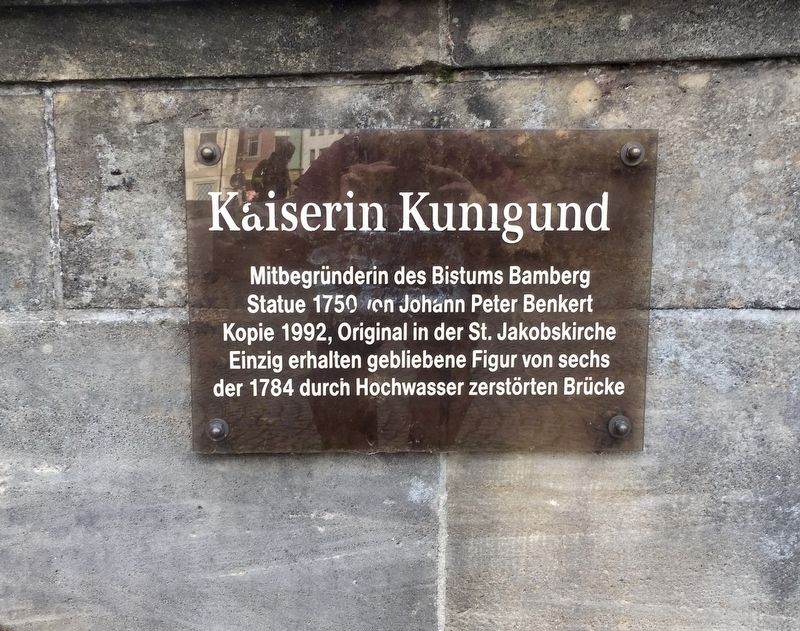 By Andrew Ruppenstein, September 25, 2019
1. Kaiserin Kunigund / Empress Kunigund Marker
Inscription.
(English translation:) Co-founder of the Bishopric of Bamberg. Statue by Johann Peter Benkert, 1750. The copy dates from 1992, with the original in St. Jacob Church. This is the only preserved surviving statue of the six that were on the bridge when it was destroyed by flooding in 1784. . This historical marker is in Bamberg Bavaria Germany