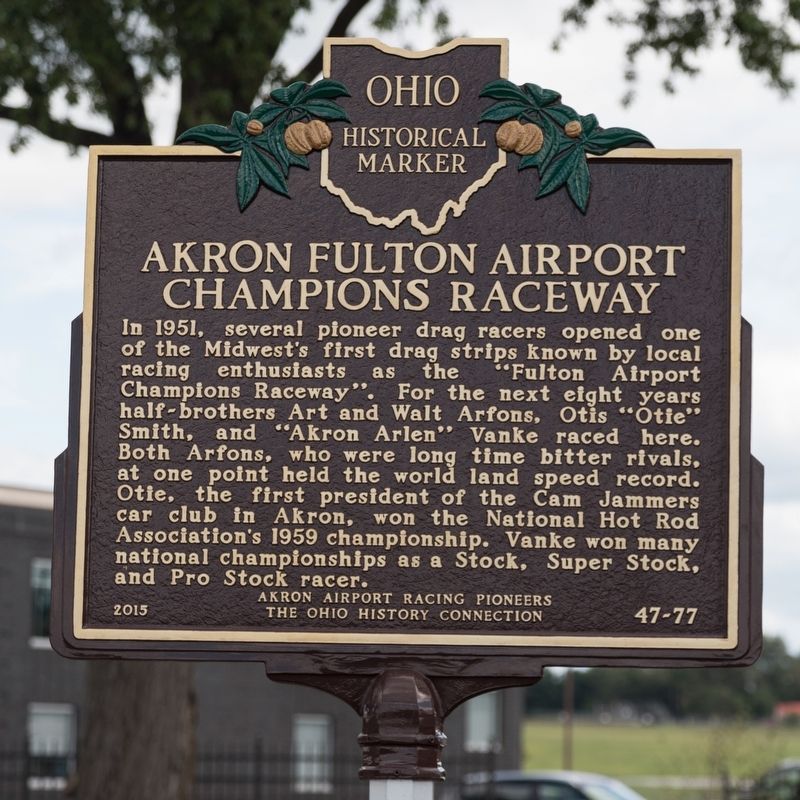 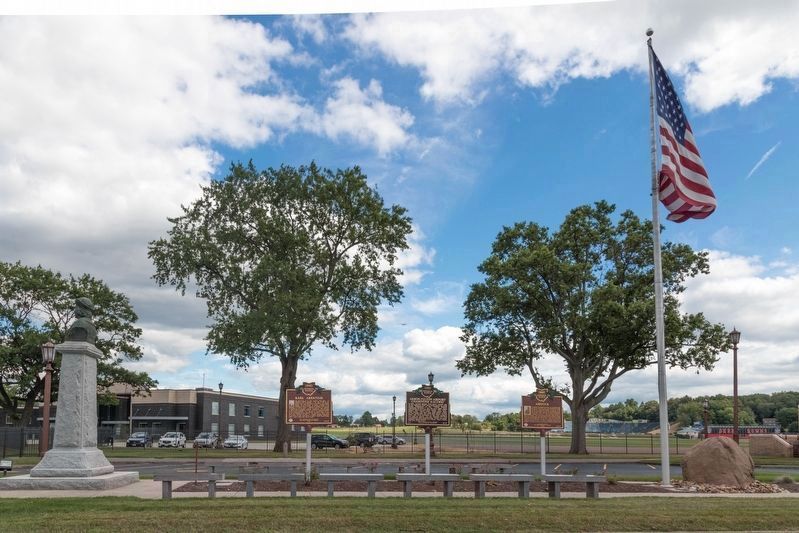 By J. J. Prats, August 23, 2019
2. Karl Arnstein, Champions Raceway and Airdock Markers
This marker is in the middle. This wide median divides the parking lot in front of the terminal.
, on the right when traveling east on Triplett Boulevard. Marker is in the parking lot median, about 50 feet north of the original Akron Fulton Airport terminal building, behind the bust of Christopher Columbus. Touch for map. Marker is at or near this postal address: 1800 Triplett Blvd, Akron OH 44306, United States of America. Touch for directions.

More about this marker. Marker was cast in 2015 but was erected in 2016 and dedicated June 19th of that year.

The four drag racing pioneers will be the subjects of an Ohio Historical Marker plaque dedication on Father’s Day, June 19th, at the Akron Fulton Airport to honor their

By J. J. Prats
3. Akron Fulton Airport Terminal
Panorama of airport terminal from near marker. The Motorless Flight monument is right behind the photographer.
contributions and innovations in the drag racing industry.

The history of drag racing started when a group of automotive enthusiasts decided to make high performing cars and race each other in parts of southern California and on Utah’s Bonneville Salt Flats. The sport wasn’t “officially” founded until June 19, 1950 when CJ Pappy Hart organized first commercial drag race on a runway at Orange County Airport.

After that, It didn’t take long for the spectators to flock to this new and super-charged sporting event. The American Hot Rod Association (AHRA) has developed a large following of loyal fans since its inception in 1955. Over the years, drag racing spread to every major city in the U.S. from coast to coast. 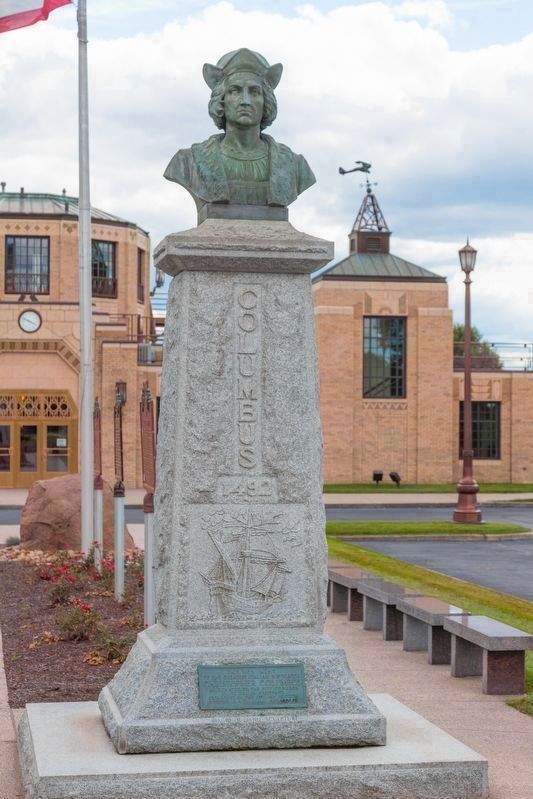 This monument of the greatest Italian navigator Christopher Columbus was donated to the City of Akron by its Italian residents.
Sponsored by the Sicilian Society,
October 12 A.D. MCMXXXVIII.

The three historical markers can be seen in profile behind this monument. In the distance is the back of the boulder that is the Motorless Flight monument.
More. Search the internet for Akron Fulton Airport Champions Raceway.