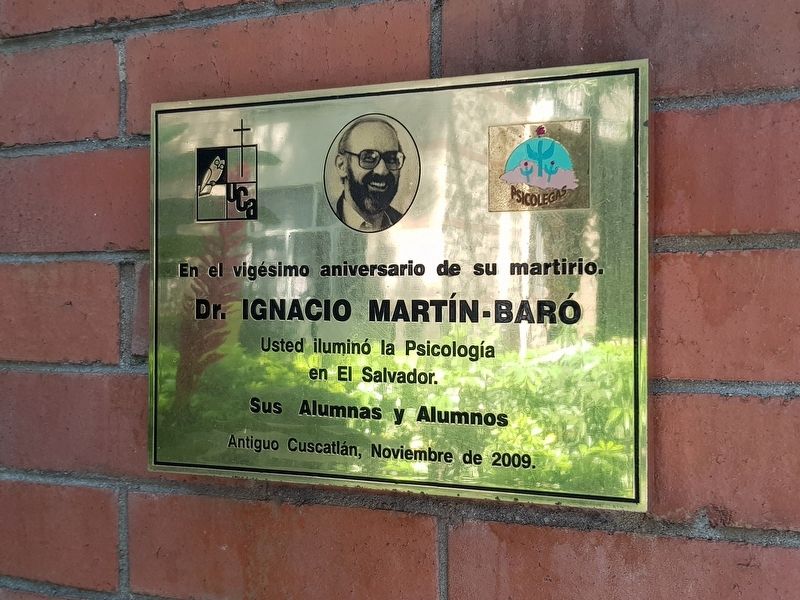 By J. Makali Bruton, November 12, 2019
1. Dr. Ignacio Martín-Baró Marker
Inscription.
English translation: . On the 20th anniversary of his martyrdom. . Dr. Ignacio Martín-Baró . You brought psychology into the modern day in El Salvador. . A tribute from his students . Antiguo Cuscatlán, November 2009. . This historical marker was erected in 2009. It is in San Salvador in Municipality of San Salvador El Salvador