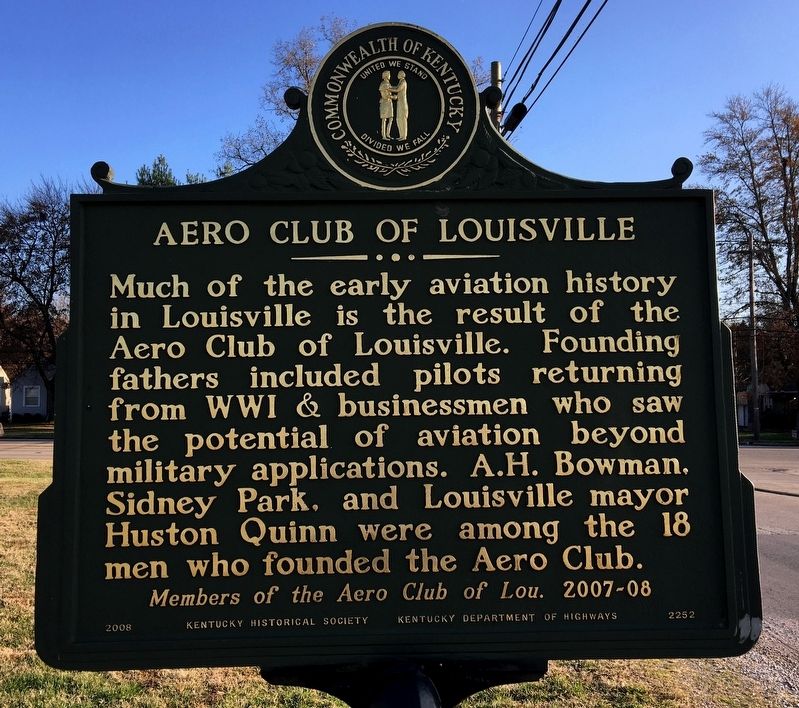 Much of the early aviation history in Louisville is the result of the Aero Club of Louisville. Founding fathers included pilots returning from WWI & businessmen who saw the potential of aviation beyond military applications. A. H. Bowman, Sidney Park, and Louisville mayor Huston Quinn were among the 18 men who founded the Aero Club.

"Aviators and aerial observers of the World War formed the Aero Club of Louisville yesterday, to use Bowman Field, recently accepted by the War Department as a flying field for reserve officers in the Air Service" (Courier-Journal, Oct. 26, 1922). Bowman Field is one of the longest continuously operating airports in the U.S.

Erected 2008 by The Kentucky Historical Society & the Kentucky Department of Highways, Members of the Aero Club of Lou. (Marker Number 2252.)

Topics and series. This historical marker is listed in these topic lists: Air & Space • Industry & Commerce • War, World I. In addition, it is included in the Kentucky Historical Society series list. 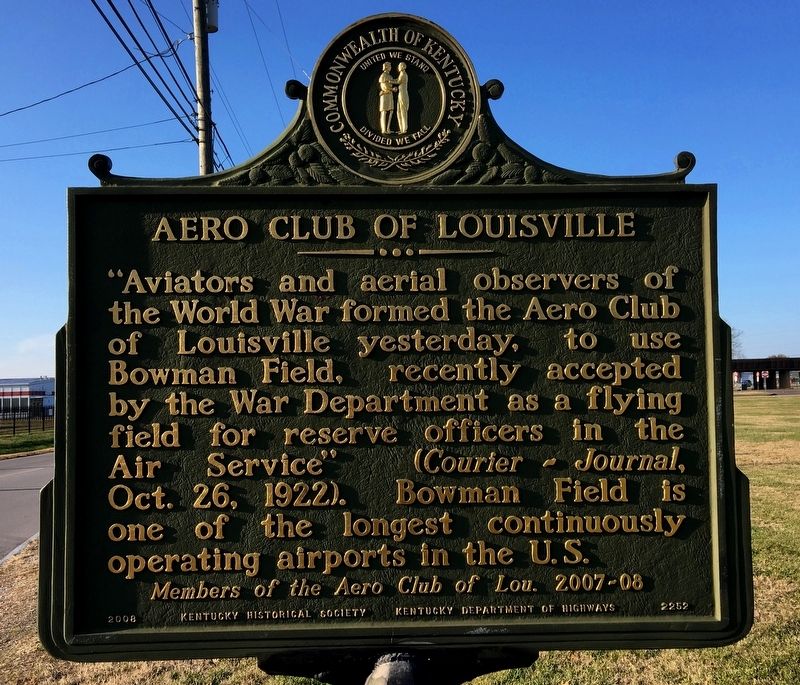 Click or scan to see
this page online
13.467′ N, 85° 39.283′ W. Marker is in Louisville, Kentucky, in Jefferson County. Marker is on Gast Boulevard just north of Dutchmans Lane, on the right when traveling north. Touch for map. Marker is in this post office area: Louisville KY 40205, United States of America. Touch for directions.