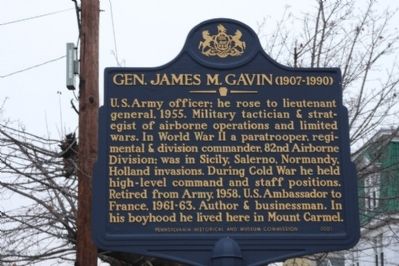 Topics and series. This historical marker is listed in this topic list: Military. In addition, it is included in the Pennsylvania Historical and Museum Commission series list. A significant historical year for this entry is 1955. 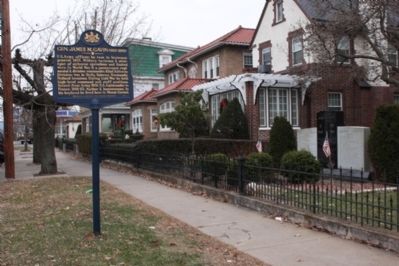 Also see . . .
1. General James Gavin. General Gavin grew up in Mt. Carmel to adoptive parents. His military service was closely tied to the evolution of airborne troops during World War II. (Submitted on December 10, 2008, by Craig Swain of Leesburg, Virginia.) 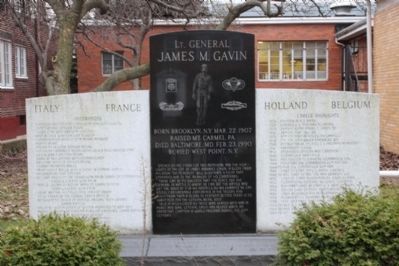