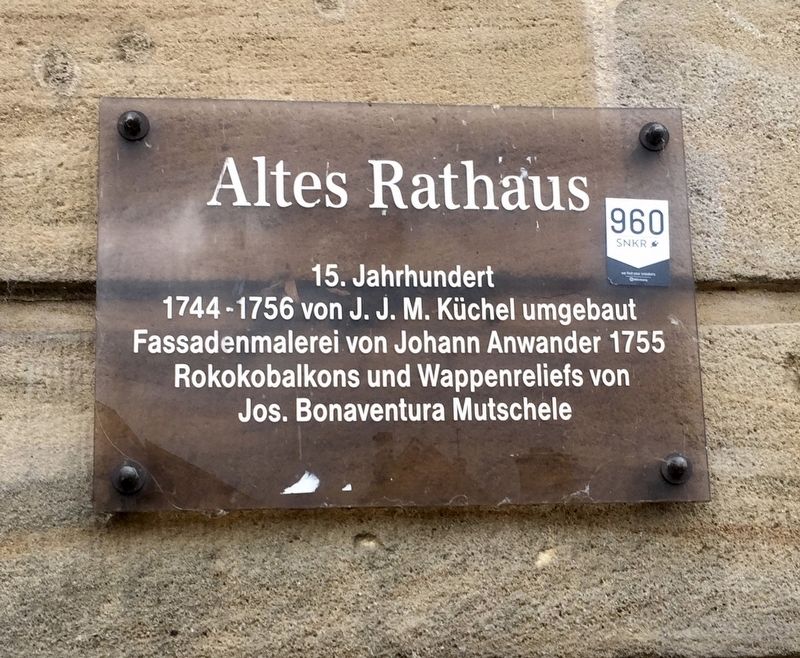 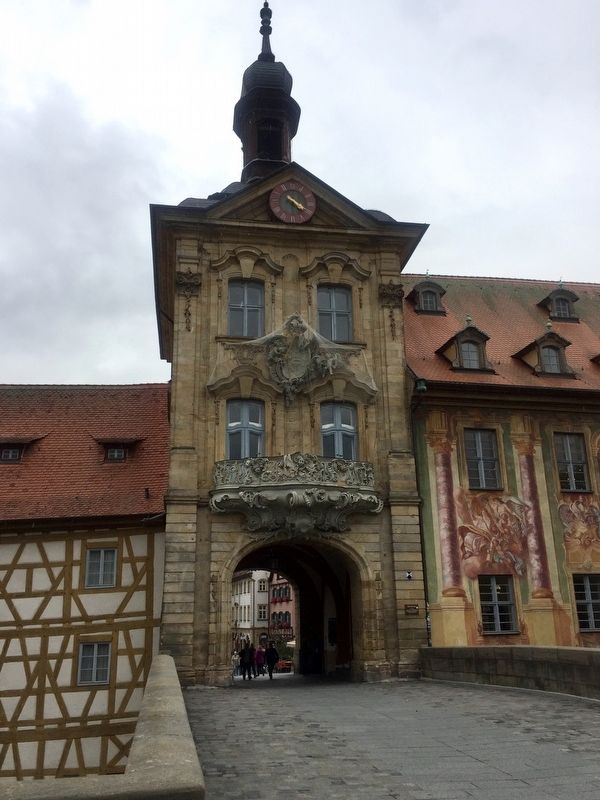 By Andrew Ruppenstein, September 25, 2019
2. Altes Rathaus / Old City Hall and Marker
The marker is visible here to the right of the portal.
(about 90 meters away, measured in a direct line); Am Kranen / At the Cranes (about 120 meters away); The Old Tollhouse (about 150 meters away). Touch for a list and map of all markers in Bamberg.

More about this marker. The marker is mounted to the east side of the city hall, on the right side of the portal that runs through the building from the Upper Bridge to the Altstadt. 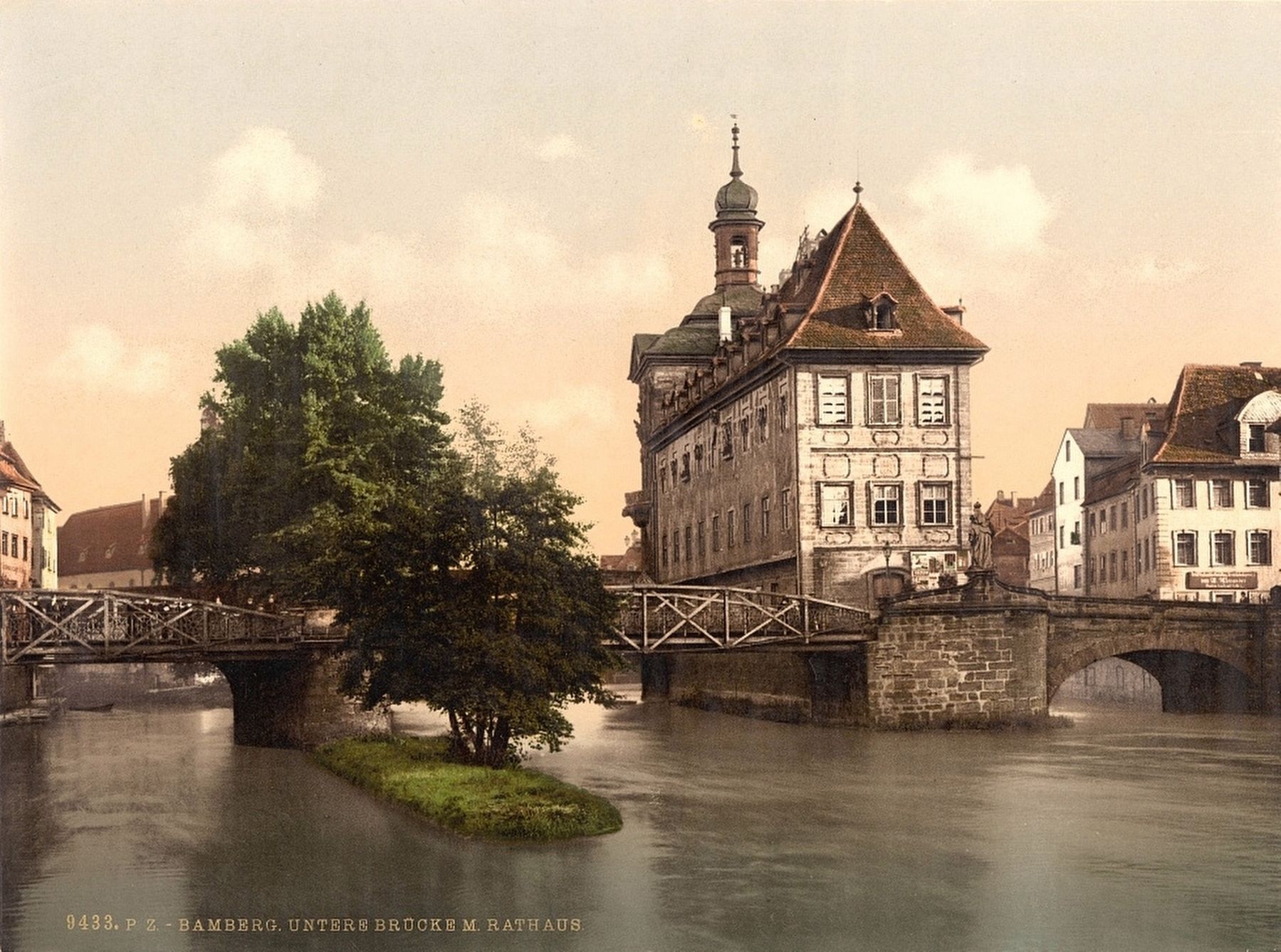 Detroit Photographic Co. (courtesy of the Library of Congress), circa 1905
3. Lower bridge and rathhaus, Bamberg, Bavaria, Germany
"The Bamberg town hall was built around 1467 on the river Regnitz. Originally influenced by Gothic, the building received Baroque and Rococo touches from Johann Jakob Michael Küchel in 1756. Anwar Johann painted the murals on the exterior walls. Traditional German fachwerk juts out over the river....The building was placed on an artificial island, supposedly because the bishop didn’t want to relinquish any land. An armed conflict between the mayor and the bishop ended with an agreement that the citizens couldn’t rebuild their burned-down city hall on land...." - Architecture Revived
More. Search the internet for Altes Rathaus / Old City Hall.