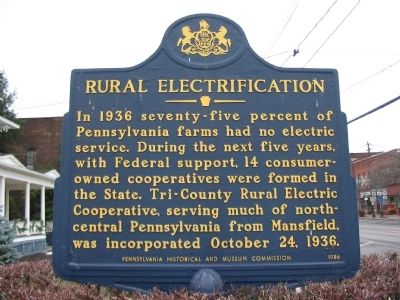 In 1936 seventy-five percent of Pennsylvania farms had no electric service. During the next five years, with Federal support, 14 consumer-owned cooperatives were formed in the State. Tri-county Rural Electric Cooperative, serving much of north-central Pennsylvania from Mansfield, was incorporated October 24, 1936.

Topics and series. This historical marker is listed in these topic lists: Charity & Public Work • Industry & Commerce. In addition, it is included in the Pennsylvania Historical and Museum Commission series list. A significant historical date for this entry is October 24, 1955.

Location. 41° 48.468′ N, 77° 4.691′ W. Marker is in Mansfield, Pennsylvania, in Tioga County. Marker is on North Main Street (Business U.S. 15), on the right when traveling north. Located in front of the Tri-County Rural Elective Cooperative building. Touch for map. Marker is at or near this postal address: 22 North Main Street, Mansfield PA 16933, United States of America. Touch for directions.

Other nearby markers. At least 8 other markers are within 2 miles of this marker, measured as the crow flies. World War I Memorial (within shouting distance of this marker); Mansfield Soldiers Orphan School 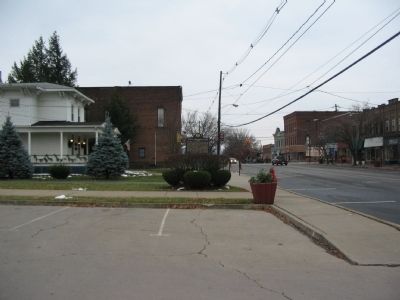 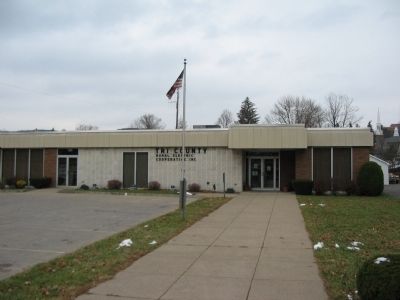