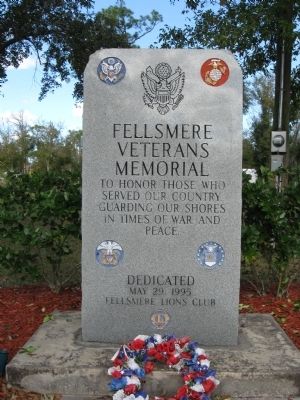 To honor those who
served our country,
guarding our shores
in times of war and
peace.

Other nearby markers. At least 8 other markers are within 4 miles of this marker, measured as the crow flies. Fellsmere (a few steps from this marker); Fellsmere Union Church (about 500 feet away, measured in a direct line); The Fellsmere Public School (about 700 feet away); The Marian Fell Library (approx. ¼ mile away); Birthplace for Equal Suffrage for Women in Florida (approx. 0.4 miles 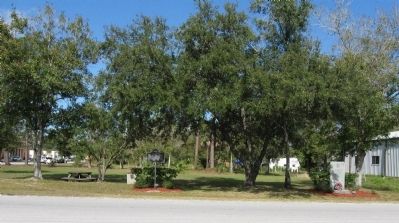