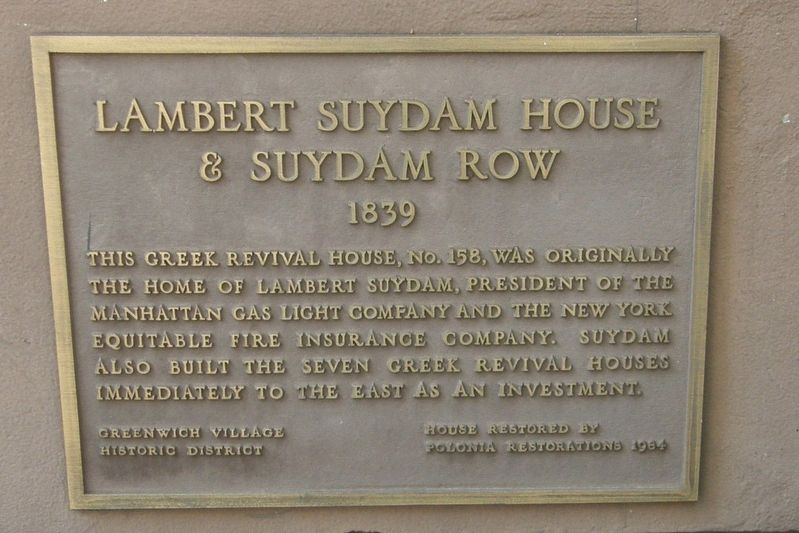 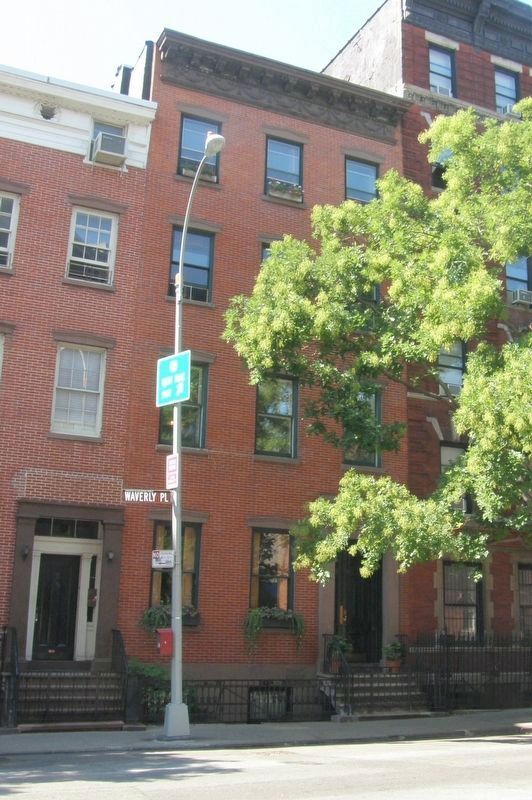 More about this marker. At this point, Waverly Place continues to the right, but a stub continues straight ahead to Grove Street. 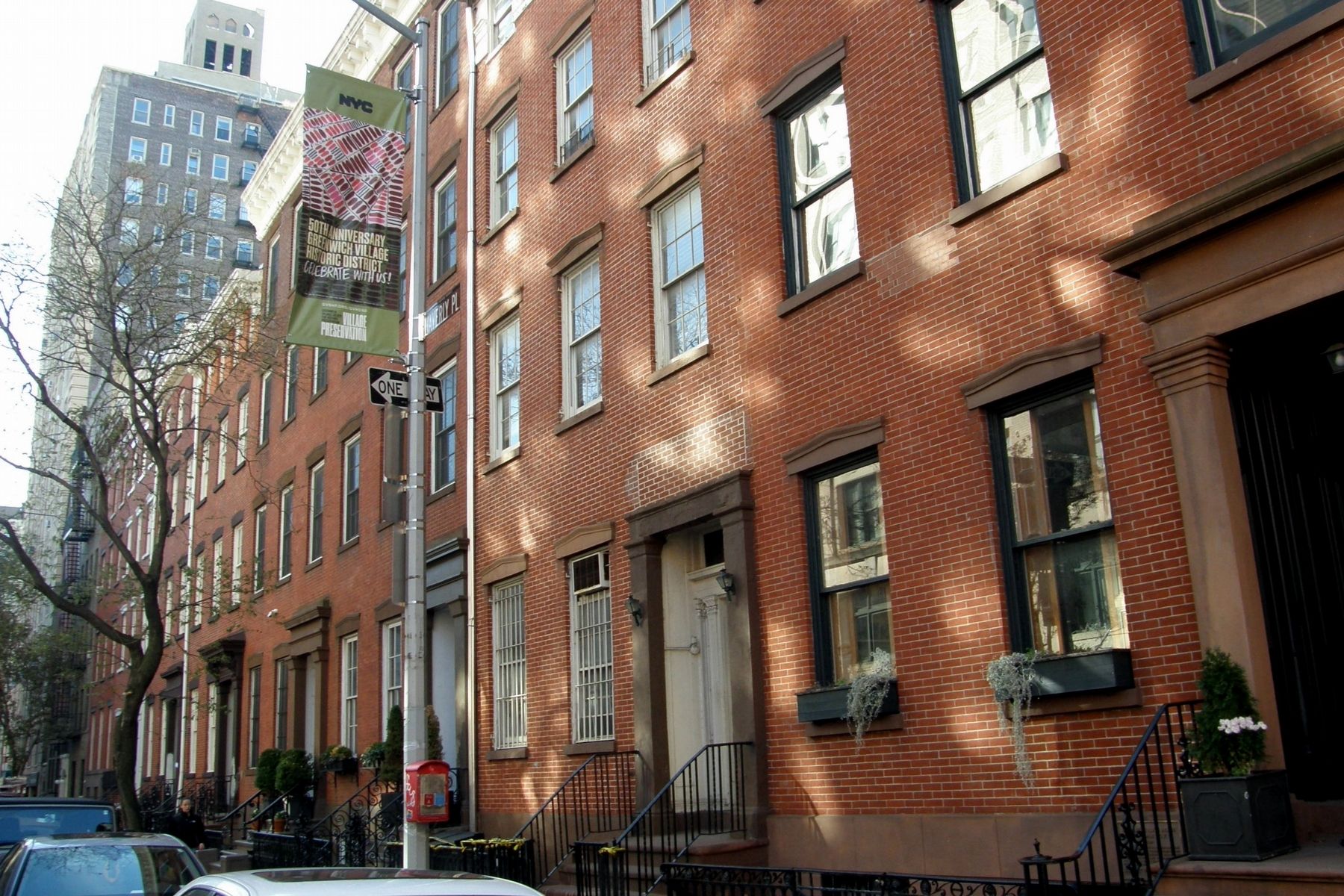