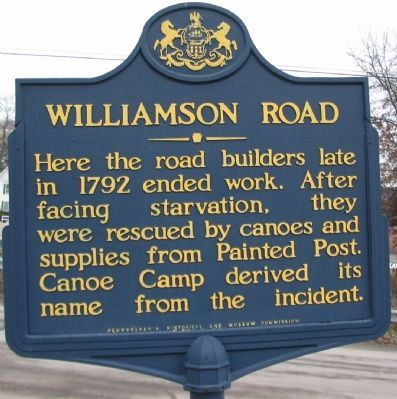 By Craig Swain, November 27, 2008
1. Williamson Road Marker
Inscription.
Williamson Road. . Here the road builders late in 1792 ended work. After facing starvation, they were rescued by canoes and supplies from Painted Post. Canoe Camp derived its name from the incident. . This historical marker was erected in 1953 by Pennsylvania Historical and Museum Commission. It is Near Mansfield in Tioga County Pennsylvania

Here the road builders late in 1792 ended work. After facing starvation, they were rescued by canoes and supplies from Painted Post. Canoe Camp derived its name from the incident.

Location. 41° 46.951′ N, 77° 4.174′ W. Marker is near Mansfield, Pennsylvania, in Tioga County. Marker is at the intersection of Susquehanna Trail (Business U.S. 15) and Spencer Road, on the right when traveling south on Susquehanna Trail. Located in front of the Mansfield VFW. Touch for map. Marker is in this post office area: Mansfield PA 16933, United States of America. Touch for directions.

Other nearby markers. At least 8 other markers are within 2 miles of this marker, measured as the crow flies. Camp of the Pioneers (a few steps from this marker); Corning & Blossburg Railroad (approx. 1.6 miles away); Veterans Memorial (approx. 1.7 miles away); Mansfield Soldiers Orphan School (approx. 1.8 miles away); World War I Memorial 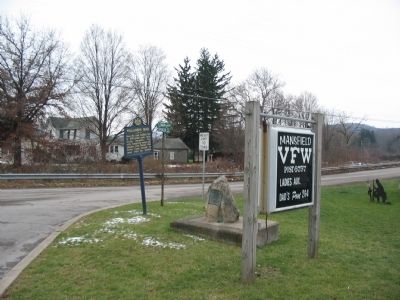 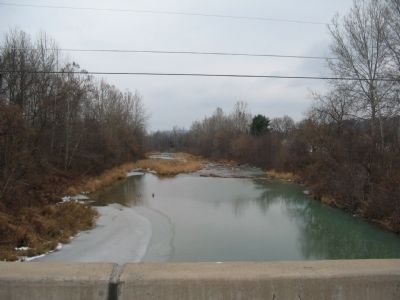 By Craig Swain, November 27, 2008
3. Tioga River from the Spencer Road Bridge
The camp was along the Tioga River in this vicinity. The river's course has been altered considerably in the recent past for flood control measures.
More. Search the internet for Williamson Road.