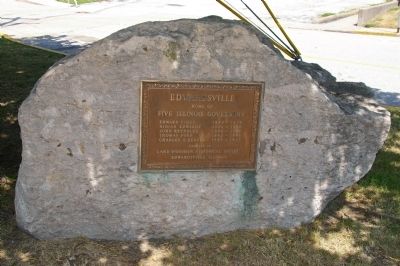 More about this marker. Marker was dedicated on May 30, 1971, and the ceremony was attended by several, including the presidents of the Madison County Historical Society and the Land O'Goshen Historical Society, as well as State Senator Sam Vadalabene.