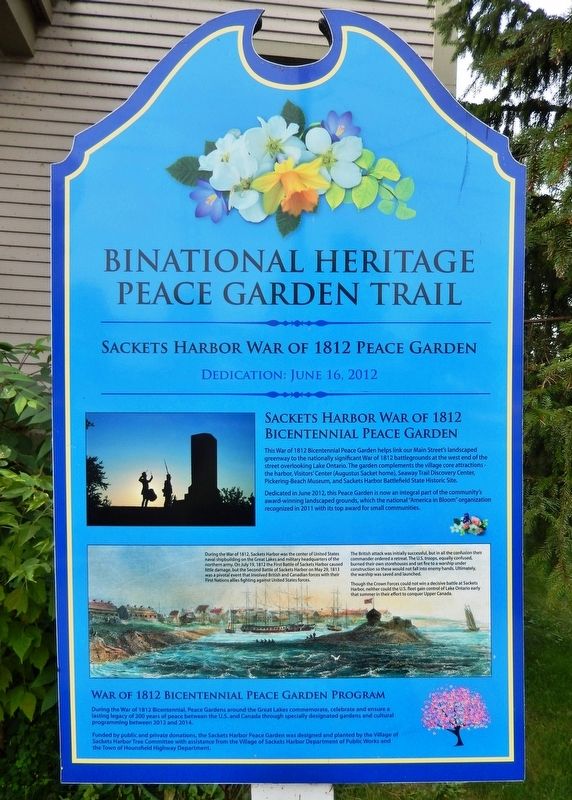 Dedicated in June 2012, this Peace Garden is now an integral part of the community's award-winning landscaped grounds, which the national "America in Bloom" organization recognized in 2011 with its top award for small communities.


The British attack was initially successful, but in all the confusion their commander ordered a retreat. The U.S. troops, equally confused, burned their own storehouses and set fire to a warship under construction so these would not fall into enemy hands. Ultimately, the warship was saved and launched.

Though the Crown Forces could not win a decisive battle at Sackets Harbor, neither could the U.S. fleet gain control of Lake Ontario early that summer in their effort to conquer Upper Canada.

Erected 2012 by Village of Sackets Harbor.

Topics. This historical marker is listed in these topic lists: Parks & Recreational Areas • War of 1812. A significant historical year for this entry is 1812. 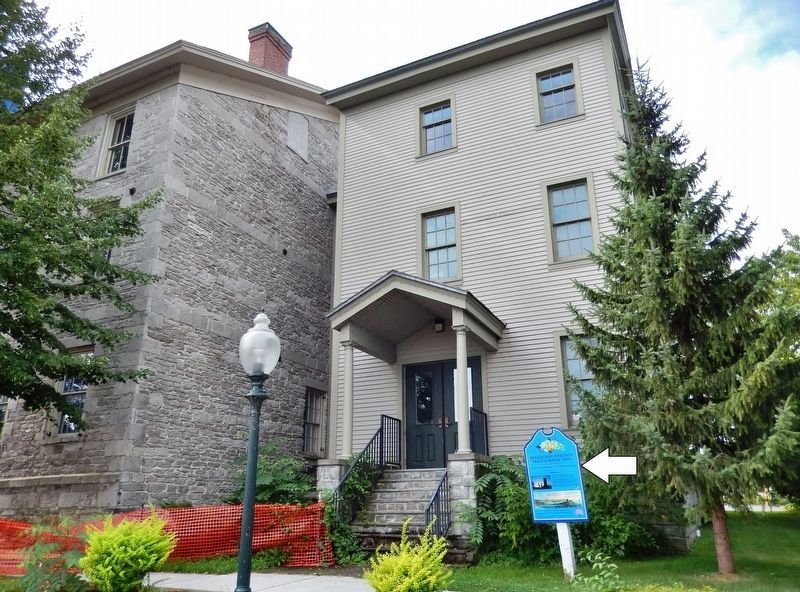