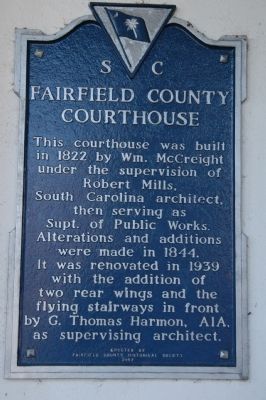 This courthouse was built in 1822 by Wm. McCreight under the supervision of Robert Mills, South Carolina architect, then serving as Supt. of Public Works. Alterations and additions were made in 1844. It was renovated in 1939 with the addition of two rear wings and the flying stairways in front by G. Thomas Harmon, AIA, as supervising architect.

Topics. This historical marker is listed in these topic lists: Government & Politics • Notable Buildings. A significant historical year for this entry is 1822.

Location. 34° 22.815′ N, 81° 5.193′ W. Marker is in Winnsboro, South Carolina, in Fairfield County. Marker can be reached from the intersection of Congress Street and Washington Street, on the right when traveling south. Marker is on the courthouse building next to the front entrance. Touch for map. Marker is in this post office area: Winnsboro SC 29180, United States of America. Touch for directions. 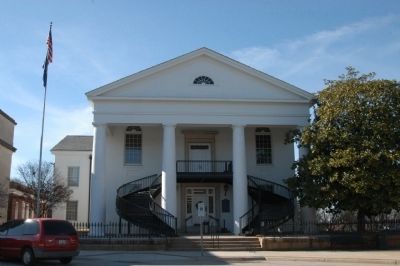 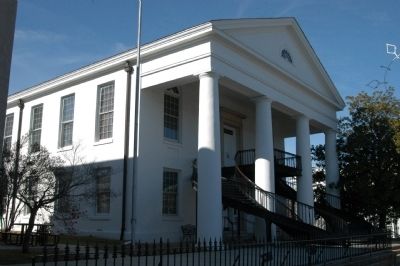 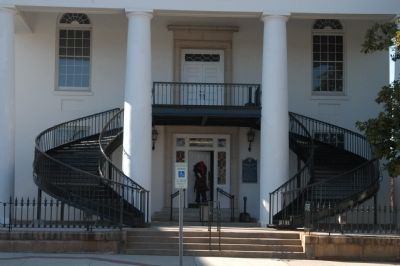