The Gregg-Wood Party and the Union Company 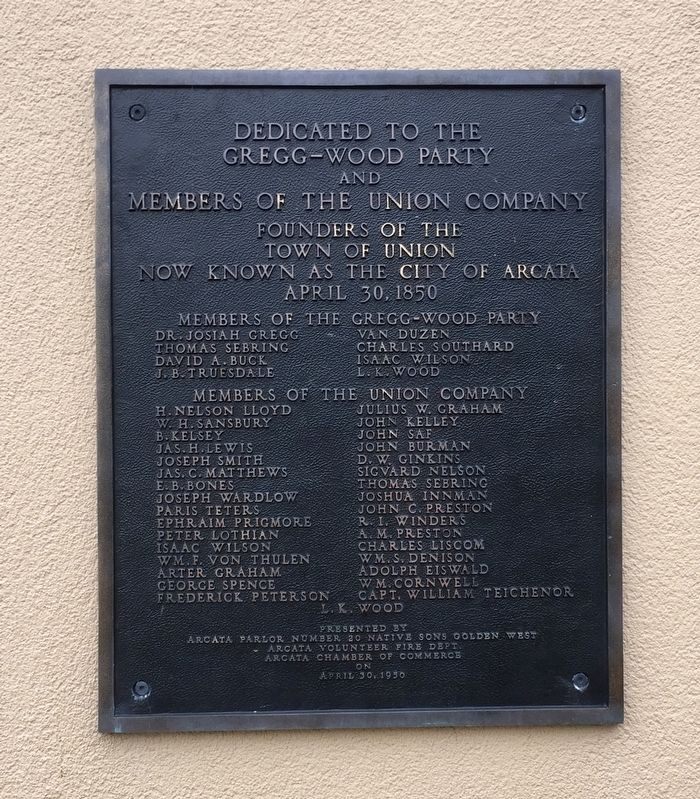 Dedicated to the
Gregg-Wood Party
and
Members of the Union Company
Founders of the
Town of Union
Now known as the City of Arcata
April 30, 1850 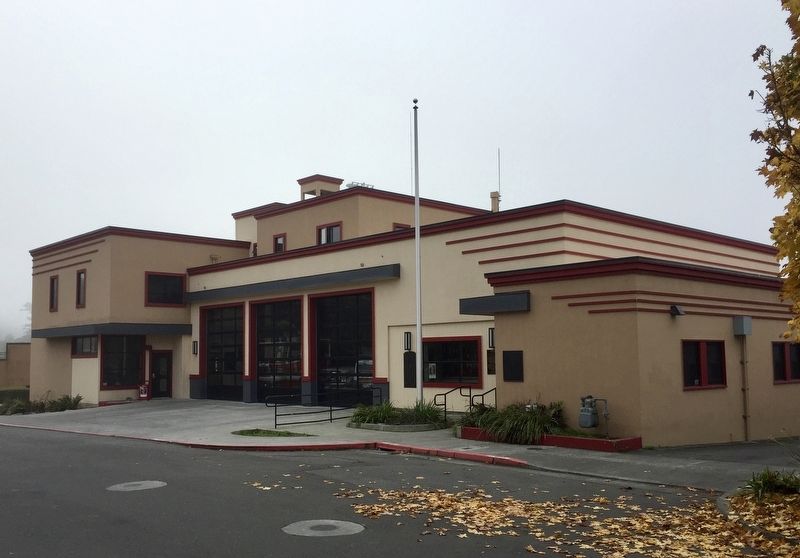 By Andrew Ruppenstein, November 17, 2019
2. The Gregg-Wood Party and the Union Company Marker - wide view
The marker is the mounted to the firehouse - it's the rightmost plaque visible here.
Chamber Of Commerce.

Topics and series. This historical marker is listed in this topic list: Settlements & Settlers. In addition, it is included in the Native Sons/Daughters of the Golden West series list.

Also see . . .
1. Humboldt County: A Briefest of Histories (Humboldt County Library). "...The first entrance to Humboldt Bay was in 1806 by an American with Aleut hunters, all in the employ of the Russian-American Company out of Sitka. But it wasn't until rediscovery by land by the Gregg-Wood Party in December 1849, that the region's history was forever defined. Spring 1850 brought the first ships to Humboldt and Trinidad bays, where men, generally from the States, disembarked on their way to the gold mining districts on the Klamath, Salmon and Trinity rivers. First settled as a point of arrival and as a supply center for these interior mines, Eureka, Union (Arcata), and Trinidad were hubs of activity...." (Submitted on December 5, 2019.)