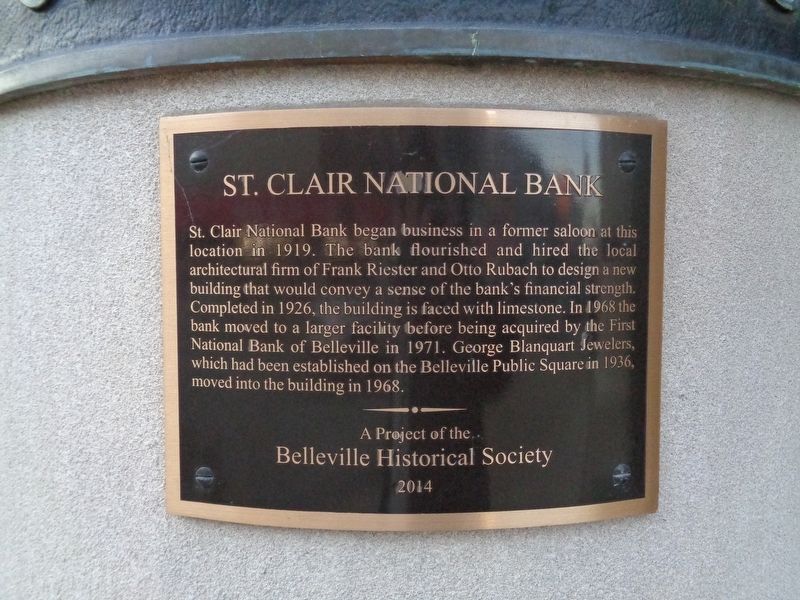 St. Clair National Bank began business in a former saloon at this location in 1919. The bank flourished and hired the local architectural firm of Frank Riester and Otto Rubach to design a new building that would convey a sense of the bank's financial strength. Completed in 1926, the building is faced with limestone. In 1968 the bank moved to a larger facility before being acquired by the First National Bank of Belleville in 1971. George Blanquart Jewelers, which had been established on the Belleville Public Square in 1936, moved into the building in 1968.

Topics. This historical marker is listed in these topic lists: Architecture • Industry & Commerce. A significant historical year for this entry is 1919.

Other nearby markers. At least 8 other markers are within walking distance of this marker. Deidesheimer's Dry Goods Store (within shouting distance 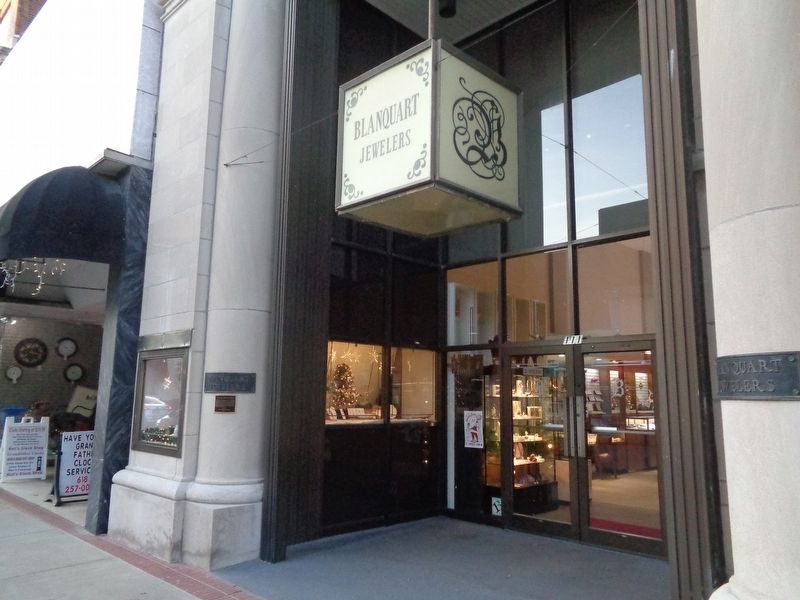 By Jason Voigt, December 6, 2019
2. St. Clair National Bank Marker
Marker is to the left of the entrance