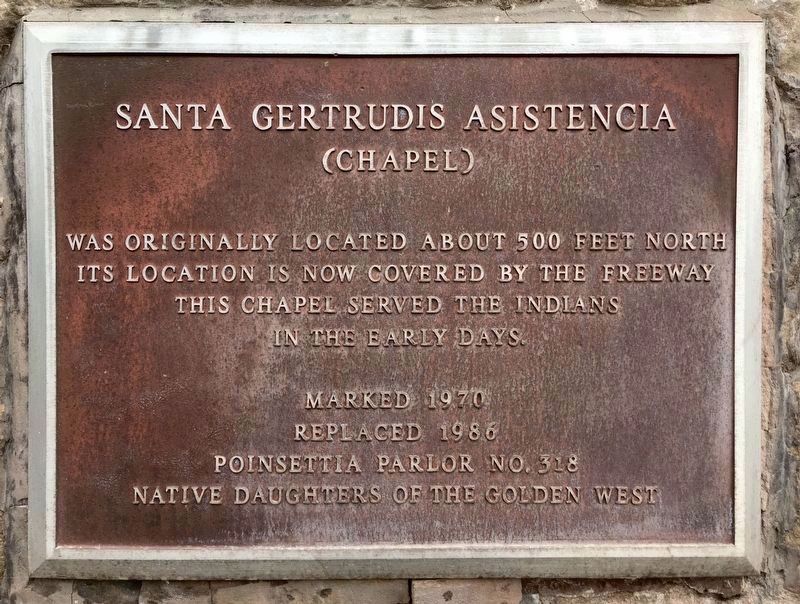 Santa Gertrudis Asistencia (chapel) was originally located about 500 feet north. Its location is now covered by the freeway. This chapel served the Indians in the early days.
Marked 1970. Replaced 1986.

Location. 34° 20.851′ N, 119° 17.824′ W. Marker is in Ventura, California, in Ventura County. Marker is on North Ventura Avenue half a mile north of Cañada Larga Road, on the right when traveling north. Touch for map. Marker is in this post office area: Ventura CA 93001, United States of America. Touch for directions. 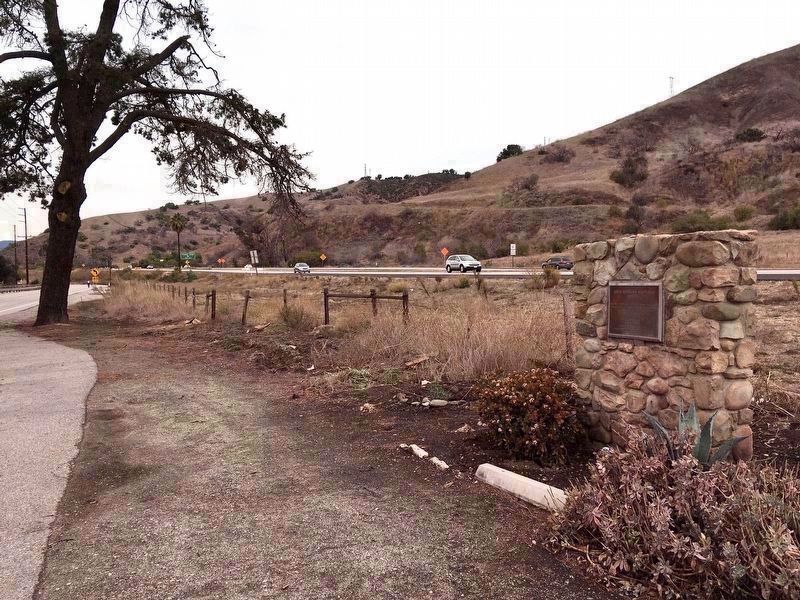 Regarding Santa Gertrudis Asistencia. The chapel was an asistencia ("sub-mission") to the Mission San Buenaventura, located five miles to the south. It was built along the route of El Camino Real, the historical trail that linked California's Spanish missions. Around the Asistencia grew a village of Chumash families, whose traditional brush huts inspired Mexicans to call the site “Casitas”, a name that survives today in nearby Casitas town, lake, & road.

Ventura County Historical Landmark Statement of Significance:
Landmark No. 11 — Santa Gertrudis Asistencia (Chapel) Monument.
Built 1809. Designated December 1970.
The Asistencia, built to minister to inland Indians, was used until about 1840. Ruins still standing in 1890 gradually crumbled and the site was lost. In 1966 archaeologists determined that the site lay in the path of the Ojai Freeway (Highway 33). The asistencia's foundations were located in March 1966. The site was documented by measurements and photographs 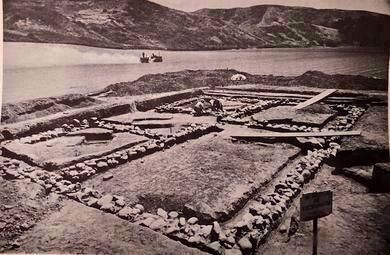 By Pacific Coast Archaeological Society
3. The 1966 Excavation of the Chapel
and artifacts were removed. The foundation stones were removed to another location and on January 25, 1968 they were reburied a little less than one mile (.89) from their original site. Some of the foundation stones were used to build the monument marking their new site. The monument was dedicated with a bronze marker donated by the Native Daughters of the Golden West on May 23, 1970.