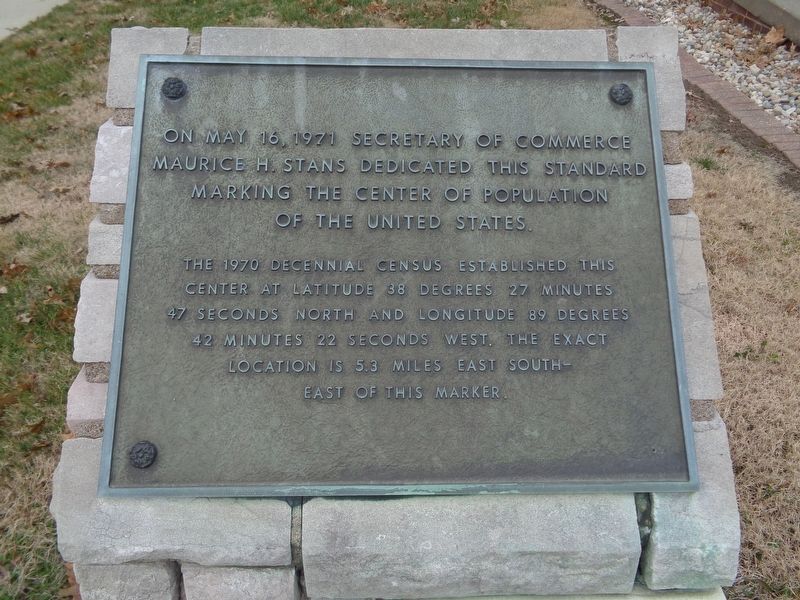 By Jason Voigt, December 6, 2019
1. U.S. Center of Population 1970-1980 Marker
Inscription.
U.S. Center of Population 1970-1980. . On May 16, 1971 Secretary of Commerce Maurice H. Stans dedicated this standard marking the center of population of the United States., The 1970 decennial census established this center at latitude 38 degrees 27 minutes 47 seconds north and longitude 89 degrees 42 minutes 22 seconds west. The exact location is 5.3 miles east southeast of this marker. . This historical marker was erected in 1971. It is in Mascoutah in St. Clair County Illinois

On May 16, 1971 Secretary of Commerce Maurice H. Stans dedicated this standard marking the center of population of the United States.

Topics. This historical marker is listed in this topic list: Government & Politics. A significant historical date for this entry is May 6, 1971. 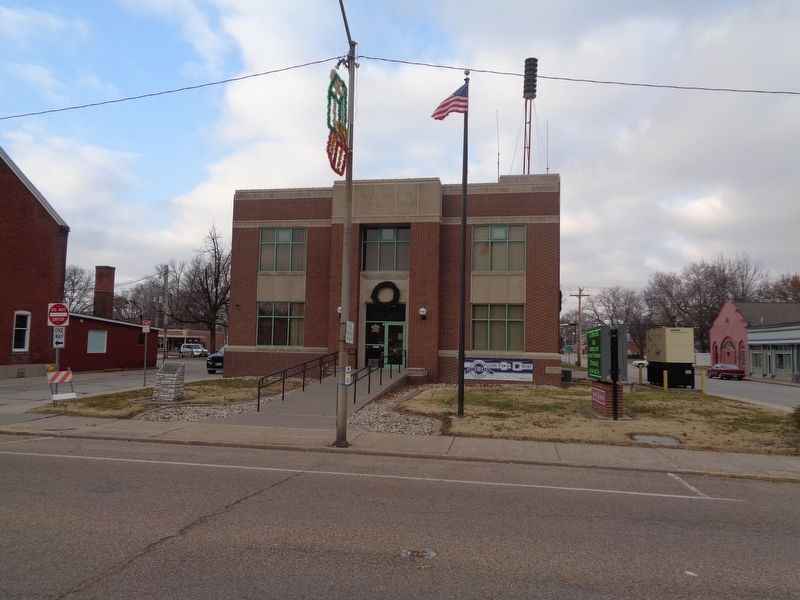 Also see . . .
1. Remembering former exact center of country. St. Louis Post-Dispatch article, published on May 21, 2010, looks back on the town of Mascoutah's forgotten claim to fame, interviewing residents who remembered the occasion (Submitted on December 10, 2019, by Jason Voigt of Glen Carbon, Illinois.)