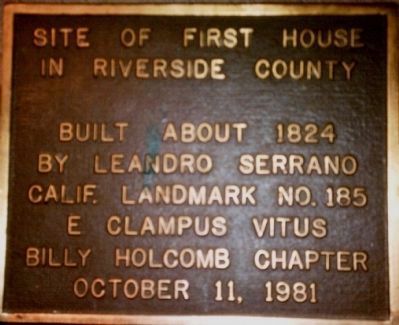 Built about 1824
by Leandro Serrano

Topics and series. This historical marker is listed in these topic lists: Notable Places • Settlements & Settlers. In addition, it is included in the California Historical Landmark, and the E Clampus Vitus series lists.

Location. Marker is missing. It was located near 33° 46.16′ N, 117° 29.454′ W. Marker was near Corona, California, in Riverside County. Marker was on Un-named Dirt Road south of Lawson Road, on the right when traveling south. This site is approximately 9 miles south of Corona. Touch for map. Marker was in this post office area: Corona CA 92883, United States of America. Touch for directions. 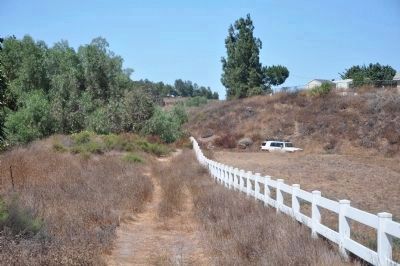 More about this marker. The marker has been missing for several years but was recently returned to the Corona Chamber of Commerce. Through their efforts with help from the Corona Historic Preservation Society, it is being returned to E Clampus Vitus. Plans for returning it to the site are unknown at this time. 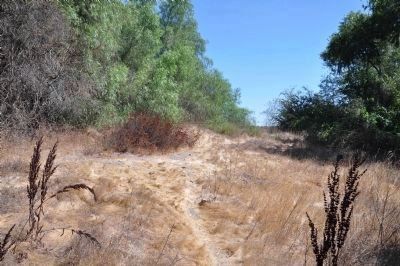