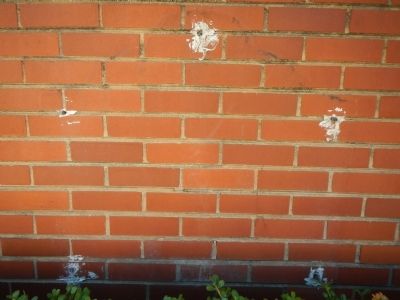 The builders of the West, civic and military leaders, jurists, inventors, artists, and eleven United States Senators were buried here – the most revered of San Francisco’s Hills (Marker Number 760.) 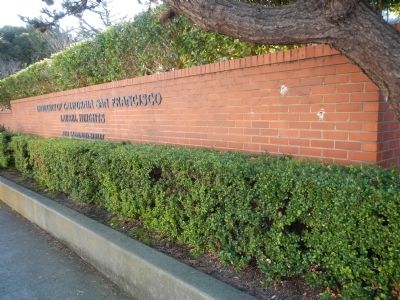 More about this marker. This marker is missing.

Regarding Former Site of Laurel Hill Cemetery. In 1900 Mayor Phelan signed an order prohibiting future burials within the city of San Francisco due to overcrowding and vandalism. Development pressures forces the Laurel Hill burials to be relocated the city of Colma in 1937. The majority of bodies were move to mass graves. Anyone wanting their decedents privately re-entured has to pay for it themselves. Tombstones and mausoleums left more that 90 days were repurposed for a jetty that forms the small boat harbor at the San Francisco Marina.
In 1986, Peter Richards and George Gonzales, artists in residence at the San Francisco Exploratorium, used the Laurel Hill material to create a wave-activated acoustic sculpture located on the jetty, the Wave Organ. . Through a series of pipes, waves on the bay convey their sounds to listeners at various locations in the sculpture.

Also see . . .
1. Site of Laurel Hill Cemetery - Noehill.com. This site includes a photograph of the marker before it went missing. 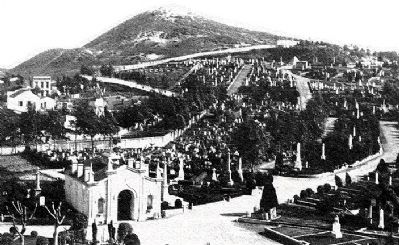 By Unknown, circa 1890s
3. Laurel Hill Cemetery
(Submitted on January 23, 2014, by Barry Swackhamer of Brentwood, California.)

2. Streetwise: Dearly Departed - Western Neighborhoods Project. Since the 1880s there had been cries to "Remove the Cemeteries," primarily to make room for development, although this aim was often couched in rhetoric about "ghouls" and health hazards. Politics and public opinion prevented any further land to be earmarked for the dead, so on August 1, 1901, with most of the existing graveyards nearly filled up, the Board of Supervisors prohibited further burials within city limits.
This is an intriguing read. (Submitted on January 23, 2014, by Barry Swackhamer of Brentwood, California.)

3. The Wave Organ. A prototype, built at the same location, was presented as part of the New Music ’81 Festival. Though very rudimentary in nature, it generated enthusiasm and support for a permanent work. Permit acquisition and fundraising efforts by Frank Oppenheimer, Founding Director of the Exploratorium, began soon after, but actual construction did not start until September 1985, seven months after Oppenheimer’s death. The Wave Organ was completed in May 1986 and was dedicated in June to the memory of Frank Oppenheimer. (Submitted on February 27, 2015, by Barry Swackhamer of Brentwood, California.) 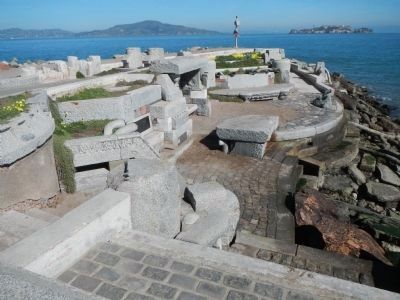 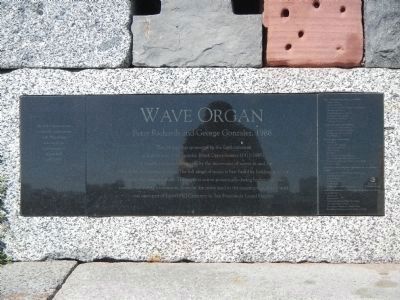 By Barry Swackhamer, February 25, 2015
5. The Wave Organ plaque
Wave Organ
Peter Richards and George Gonzalez, 1986
This project was sponsored by the Exploratorium and dedicated to its founder Frank Oppenheimer (1912-1985). The sound you hear are created by the movement of waves in and out of a series of submerged pipes. The full range of music is best heard by holding your ear close to the listening ports. The organ is active acoustically during higher tides and sounds best during a full moon. Some of the stone used in the construction of this work was once part of Laurel Hill Cemetery in San Francisco’s Laurel Heights. 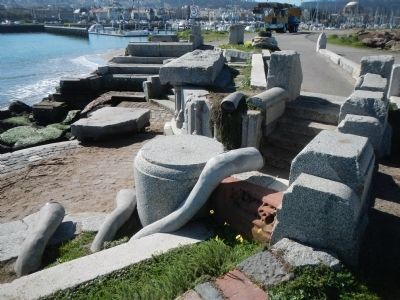 By Barry Swackhamer, February 25, 2015
6. The Wave Organ
Note the pipes in the foreground. 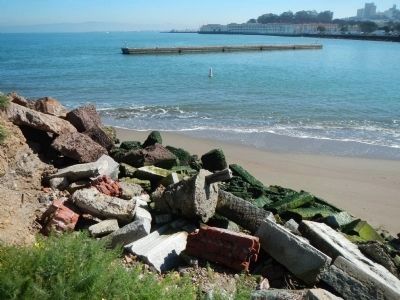