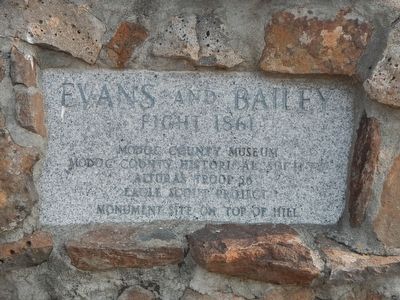 Monument site on top of hill

"S.D. Evans, Sr. and Joe Bailey, stockmen from Rogue River Valley, Oregon, and 16 of their employee were driving 900 head of beef cattle from Roseburg to the mines at Virginia City, Nevada 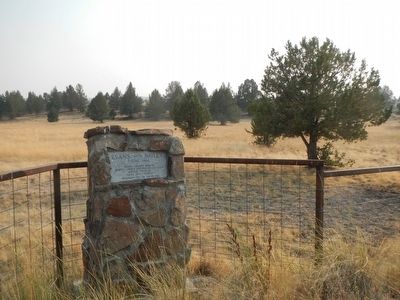 The site is marked by a white obelisk which is located on private land.

Categories. • Wars, US Indian •
More. Search the internet for Evans and Bailey Fight 1861.